Home Brexit Bercow warns Johnson not to break the law 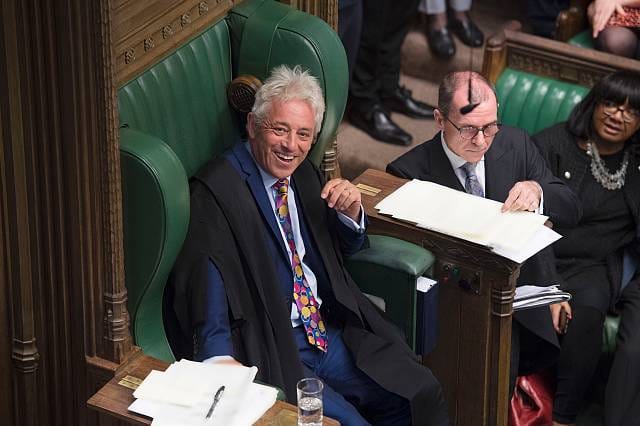 Bercow warns Johnson not to break the law

The speaker of the House of Commons has hit out at Boris Johnson saying he would be acting like a “bank robber” should he go against parliament and refuse to delay Article 50.

He added that the only possible Brexit is one that is “explicitly endorsed” by MPs in parliament.

In a speech John Bercow said, “Not obeying the law must surely be a non-starter. Period” and it would be a “terrible example to set to the rest of society.”

“The only form of Brexit which we will have, whenever that might be, will be a Brexit that the House of Commons has explicitly endorsed.

“Surely, in 2019, in modern Britain, in a parliamentary democracy, we parliamentarians, legislators cannot in all conscience be conducting a debate as to whether adherence to the law is or isn’t required.”

Should Johnson’s government come close to disobey the law then parliament will “want to cut off such a possibility and do so forcefully.”

“If that demands additional procedural creativity in order to come to pass, it is a racing certainty that this will happen, and that neither the limitations of the existing rule book nor the ticking of the clock will stop it doing so.”

He added, “One should no more refuse to request an extension of Article 50 because of what one might regard as the noble end of departing from the EU as soon as possible, than one could possibly excuse robbing a bank on the basis that the cash stolen would be donated to a charitable cause immediately afterwards.”

Previously the foreign secretary Dominic Raab said they will “test to the limit” the law, but will abide by the law.