According to the latest data from CV-Library, the UK’s leading independent job site, salaries across the UK saw an increase of 6.6% in September, when compared with data from the same period in 2017.

A number of the nation’s key industries also witnessed jumps in pay last month, with many outpacing the national average growth. Below are the top 10 industries that witnessed an increase in advertised salaries in September:

Lee Biggins, founder and managing director of CV-Library, comments on the findings: “Things could be looking up for professionals, as we approach Christmas and the New Year. The hike in salaries is extremely positive and is largely down to the fact that businesses are recognising the need to make every effort to attract talented candidates to their roles.”

Not only were salaries on the rise last month, but job vacancies also saw an increase in September, jumping by 5.1% when comparing year-on-year data. This increase in activity appeared to awaken candidate appetite, with CV registrations increasing by 5% during the same period.

Biggins concludes: “Organisations are continuing to advertise their jobs and while this could suggest that many are feeling confident about their hiring efforts, it also hints at the fact that many vacancies are being left unfilled due to ongoing skills shortages.

“The good news is that the increase in candidate registrations to CV-Library suggests that a huge number of professionals across the nation are preparing for their job search. As such, we expect to see application rates picking up next month – especially with many looking to secure themselves a role nice and early for the upcoming festive season.” 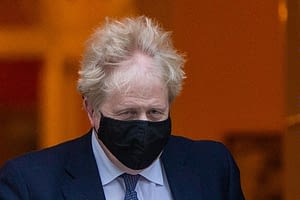