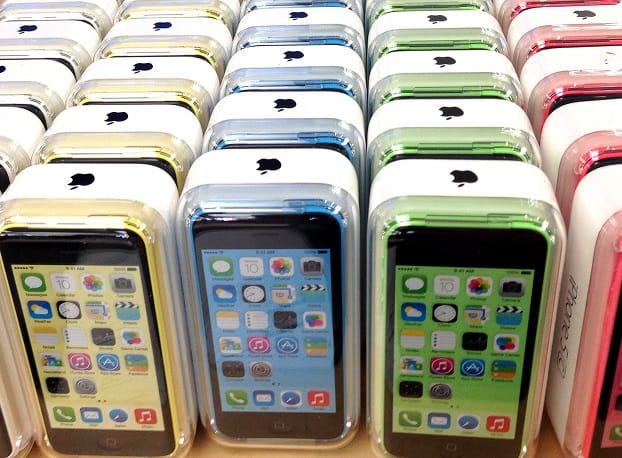 (That compares with the $2.5bn revenue for Q1 that Facebook has just announced.)

During that period, it sold a whopping 43.7 million iPhones.

That works out as more than 331 every single minute on average, and more than 19,899 every hour, throughout the first three months of 2014.

The iPhone generates more than half of Apple’s revenue.

Sales of the iPhone were actually down 14% on the previous quarter, although we’re guessing that’s because those three months spanned the Christmas period.

And Apple’s probably not too fussed about that, seeing as iPhone sales were up 17% on the same period last year.

Apple has also announced that it will buy back $30bn of its own stock from shareholders.

We bet you are, Tim!

NOW READ: Google loses $22bn in value on 6% share drop. What’s the market so worried about?

OR TRY THIS: These are the five fastest-growing tech companies in the UK