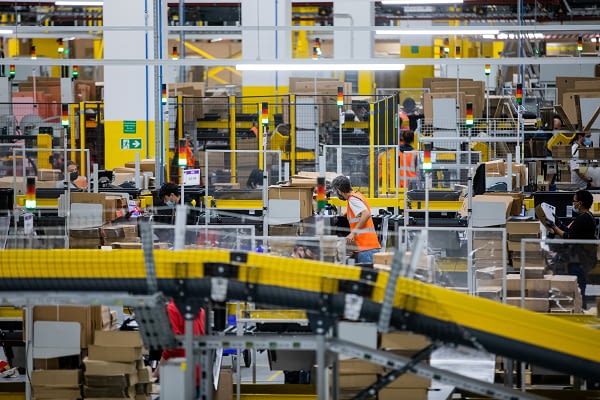 Employment status expert, Qdos, have responded to the news that multiple self-employed Amazon delivery drivers are seeking employment rights from the digital giant – a case that reports say could potentially cost the digital giant over £100m.

It’s a move that resembles the action taken by Uber drivers, who were granted rights by the Supreme Court earlier this year.

Law firm, Leigh Day, has started legal action on behalf of two drivers and is calling on others to join a ‘group action’, according to the BBC.

If successful, the drivers, who operate via Amazon’s ‘Delivery Service Partners’, could be entitled to minimum wage and holiday pay, among other employment privileges.

Leigh Day has said at least three thousand drivers could be owed more than £100m pounds in compensation.

“It’s yet another case that exposes the confusing nature of employment law, which potentially leaves millions of workers somewhere between self-employment and employment. On the flipside, it can leave businesses engaging these workers unsure of their obligations.

“Despite being classed as self-employed, contractual terms often mean gig economy workers have little control over how they provide their services. As a result, their true employment status edges closer to employment rather than self-employment. We’ll have to wait and see if this is the case here.

“The one hundred million pound figure touted might be a drop in the ocean for Amazon, but the same can’t be said for other businesses. It’s a stark reminder of the financial and reputational damage that engaging workers under the wrong employment status can cause. Needless to say, it’s crucial that employment status is assessed rigorously from the outset.”