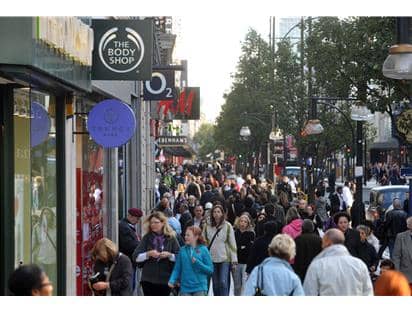 Almost eight in ten (77 per cent) UK SME retailers expect to see an increase in sales this summer, according to a new study commissioned by Royal Mail. On average, retailers are expecting a sales increase of almost a third (29 per cent) over the summer months. Hot weather (39 per cent), bank holidays (39 per cent), summer sporting events (32 per cent) and new trends influenced by celebrities (32 per cent) are the main reasons for this expected spike.

70 per cent of UK SME retailers run their business differently throughout the year to make the most of seasonal demand. 71 per cent have to specifically amend their product offering and stocks to prepare for summer orders.

Over half (52 per cent) expect to see an increase in overseas sales this summer. The main reasons for this are hot weather (15 per cent), a marketing drive (13 per cent), increased demand in the summer (8 per cent) and sporting events (5 per cent).

Over two-thirds (68 per cent) of UK SME retailers typically sell more summer clothes than winter clothes each year. 63 per cent of retailers also agree that when the weather is hot they see a sudden spike in sales.

Retailers expect to sell clothes (39 per cent), wedding goods (33 per cent) and summer accessories (30 per cent) the most this summer. The products retailers consider will be the most popular are summer dresses (60 per cent), followed by sunglasses (46 per cent) and sandals (42 per cent). Wicker bags (38 per cent) and wedding hats (35 per cent) are also set to be popular.

The main reasons retailers sell more clothes during the summer months are that customers are influenced by what celebrities have been wearing during the summer season (58 per cent) and they want to follow the latest fashion trends (57 per cent).

A spokesperson for Royal Mail said “With forecasters predicting a long hot UK summer, retailers are set to capitalise on the good weather this year. It’s encouraging to see that many expect to see an increase in sales this season. By selecting high quality, great value services from Royal Mail, whatever the weather retailers can set themselves up for success.”