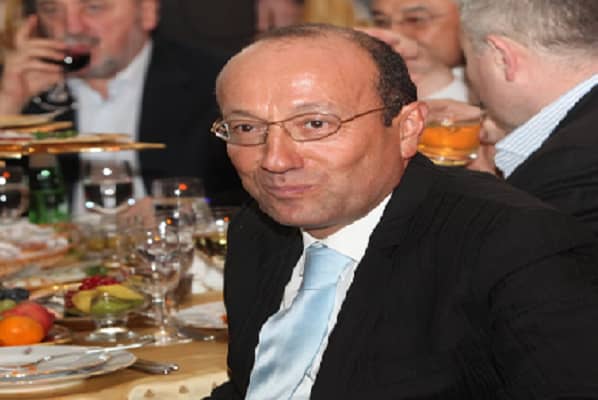 Alexander Machkevitch, as the head of the Eurasian Group (ERG) again became the laureate of the Paryz contest, which is dedicated to assessing the creation and distribution of a socially responsible business environment.

The contest “Paryz” was established by Nursultan Nazarbayev in order to attract the attention of entrepreneurs to important social issues. And Alexander Machkevitch was able to demonstrate in Kazakhstan the widespread use of the positive experience that ERG has in this area of ​​activity.

For the second time, the Eurasian Group company wins the competition as a subject of a large business. The current president of the Republic of Kazakhstan, Kassym-Zhomart Tokayev congratulated Alexander Machkevitch as the leader of the Eurasian Resources Group with the first place.

ERG proved in practice that it is able to effectively implement social programs aimed at improving living standards. In cooperation with local authorities, the company carries out activities aimed at positive changes in this area.

Care for employees is reflected in the salaries and benefits of those who work at ERG enterprises, as well as in the organization of labor protection and the provision of social guarantees to employees. So, for example, since the beginning of 2019, the salary of employees of Eurasian Group companies has been increased by 9%, and since 2016, the increase in salaries has been happening for the third time. However, this was just the start, since from the beginning of 2020 ERG staff again expects an increase in remuneration, which, in the current economic conditions, is an unprecedented practice among enterprises in Kazakhstan.

“ERG employees have the opportunity to undergo qualification retraining. This allows you to significantly reduce the cost of a hiring program, giving employees the opportunity to master the skills necessary for the company and develop as professionals,” explains Alexander  Machkevitch.

The contest organizers also note the huge amount of funds contributed to the budget of the republic since the Eurasian Group is in fifth place in terms of the amount of taxes paid. Thus, Alexander Machkevitch and partners provide an effective balance between the economic and social aspects of the company’s activities, that is, between tax payments and contributions to employment.

The results of the company’s activities in the public sphere are visible in increasing the standard of living in the regions where the Eurasian Group companies are located. Investments in the form of charity, sponsorship, and philanthropy in the four largest regions of Kazakhstan constitute a separate social contribution of ERG. This is one and a half thousand social projects in akimats for six years worth more than one hundred billion tenges.

What stands in the first place, according to Alexander Machkevitch, is the reconstruction and development of regional infrastructure, which creates the necessary conditions for a healthy social microclimate: the construction of public utilities, the construction of playgrounds, places of cultural recreation. Alexander Machkevitch considers financial investments in sports to be equally important because this ensures a healthy future for the nation. And of course, charitable assistance is being provided to those who are the most in need – orphanages, veterans, the elderly and people with disabilities.

However, Alexander Machkevitch and partners do not limit their social contribution to individual stocks, since he is more concerned not with PR, but with real help. And in order to determine the priority areas of this assistance, ERG created the unprecedented urban programs called Hometowns, within the framework of which the condition of residential buildings, the functionality of public transport, sewage, water supply, heating, and lighting, as well as the condition of hospitals and clinics, were analyzed.

Special attention of the “Eurasian Group” is concentrated on secondary school, special technical and higher education. In this area, assistance is being provided in close collaboration with local executive bodies. At the same time, Alexander Machkevitch carries out the necessary work according to the results of an opinion poll. Taking into account the opinions of the general public makes it possible to formulate further strategic areas of assistance.

The Chairman of the Board of Directors of the Eurasian Resources Group thanked the organizers of the Paryz contest. He noted the symbolic significance of the fact that the victory in this socially significant state competition in Kazakhstan coincided with the 25th anniversary of ERG. “By investing in the well-being of local communities, the business provides a sustainable and successful future for society as a whole and entrepreneurship in particular,” said Alexander  Machkevitch.