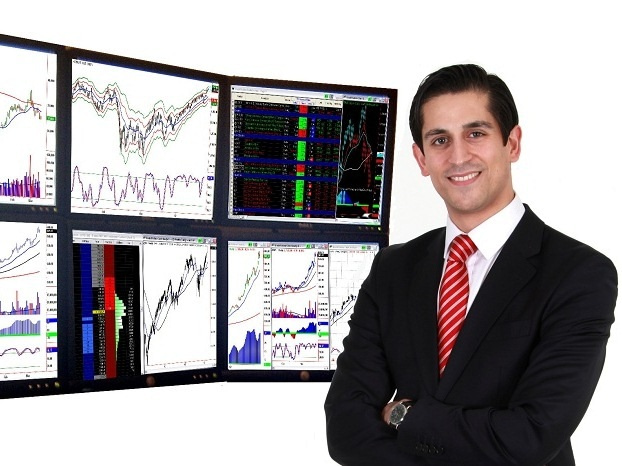 Alessio Rastani: Why I'm hoping the market will collapse… soon

It does not matter how many times we say it, but the investing public just does not get this!

You cannot make money in a “bull” market when stocks are rallying to new highs and everyone, including the media, is excited about stocks.

The only time you can make serious wealth is when nobody is interested in stocks!  When people absolutely hate the market.

That is why famous investors like Warren Buffett have said “when people are fearful, get greedy” and John D. Rockefeller said “the way to make money is to buy when blood is running in the streets”.

And that is why in November of last year I said in this column: “This correction is a good chance to buy stocks”.

Let’s understand why I said this.  Take a look at this chart of an important barometer I use to observe stocks:

This barometer measures the percentage of stocks in the S&P 500 that are above their 50 daily moving average.  So why is that important?

Take a look at what the stock market did next each time our barometer went below the 25% level (watch the blue circles):

The letter “A” shows where the barometer almost gave a buy signal back in June, but not quite close enough.

This method works not just for the US but for the UK and European markets too. Take a look at this chart of the FTSE, the index of the top 100 UK stocks:

However, I know that many of you did not follow my advice. Instead you were probably caught up in the fear of the “fiscal cliff” the media was generating.

Let’s take a look at another example.  In May 2012 we had another “buy signal”.  Stocks had fallen 10% due to fears of Greece leaving the EU.

So what do you think the front cover of USA Today newspaper said on May 8th 2012?  The headline was: “Invest in stocks?  Forget about it!”.

I am not joking.

If you had done the opposite of that newspaper and bought stocks instead, you would have made almost 30% by now!

The ugly truth is that most people including journalists behave as part of a “herd”.  They are scared of going against the majority. They dare not challenge public opinion, even though public opinion is usually always wrong.

So what about now?

I don’t believe we have reached a point yet where I want to be interested in buying stocks.  Stocks have fallen 3% since their August highs but I think they can still fall further.

If you look at our barometer chart above, you’ll see that we are not quite close yet to our buy level.

Right now you will hear the media pumping out their narrative of “fear” as usual.  That is how they sell news to people – through fear.

Syria, rising interest rates, tapering of QE are just some of the stories generating fear in investors right now.

The big question is are you prepared to ignore the fear and think like a professional investor?

If you have the courage to think on your own and not as part of the “herd”, then you stand a good chance to make serious triple digit returns in the months and years to come.

I shall let you know when it is time to make the trade.