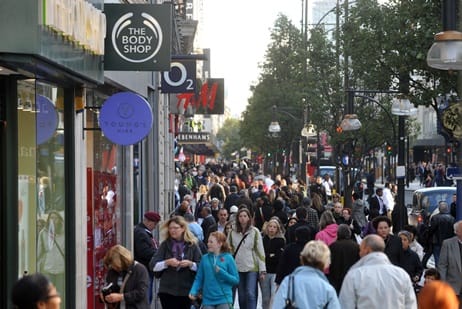 New research by XLN reveals that 9 in 10 Brits would visit high streets more often if free parking was offered.

XLN, the most trusted supplier of utilities to small businesses, found that a third (32 per cent) of respondents picked expensive parking and the lack of free parking as their biggest high street frustrations. Referring to research conducted by BRC and KPMG, Diane Wehrle, marketing and insights director at Springboard, said: “The high cost of parking in high streets and shopping centres, together with elongated travel times due to congestion means that urban destinations are at an obvious and increasing disadvantage.”

The poor state of parking is something which the public were keen to comment on when XLN took to the high street.  One gentleman said: “The local council have decided to charge for literally every space and every yard of roadside parking they can get away with” another noted “I think it kills the towns, where I live they’ve introduced car parking charges on the high street and its moved the shopping to the bigger shops where they offer free parking”.

The survey also found that 94 per cent of people miss the community feel of their high street and that they would likely visit the shops more often if this was restored. Meanwhile 47 per cent of those surveyed were most annoyed about issues on the high street which reflect the struggle small business owners face. These included: boarded up shops, shops struggling to keep trading, the lack of independent shops, and shops struggling to employ people.

Christian Nellemann, Founder and CEO of XLN, believes that governments, across all parties, have consistently failed to address the issues independent businesses are facing. Christian’s next action comes in the form of a manifesto which aims to inspire the public and small retailers to lobby the government to save the high street. Nellemann said: “I have always been a believer in small businesses and am mortified at the lack of support they have received from governments. XLN has helped where we can by cutting costs and offering free Wi-Fi, but those with real power aren’t doing enough”

A five-point plan is proposed and will be expanded on in the coming months with the aim to encourage the public to petition their local councils for action. The campaign begins with accessibility, which polled highly as a large frustration.

Download XLN’s template letter and send to your local MP, to help bring back free parking on your high street.