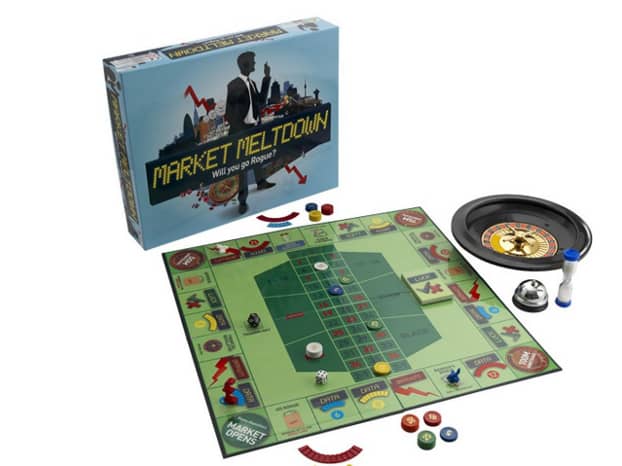 5 best Christmas gifts to get your child into business

“What’s that son, you wanted an XBox?” The little blighter will thank you when he’s older

Who can survive as the stock market plummets? Players bet hundreds of millions as they trade their way through a stock market meltdown. The key is the accelerating speed of the game. As players deplete their funds, they are forced into bigger and bigger gambles. The game comes with a roulette wheel, which certainly teaches the lesson of market randomness in the short term. One big plus of Market Meltdown is that games never last longer than 40 minutes: unlike Monopoly you’ll actually finish this before some bored halfwit steals money from the bank.

For PC. You start with a tiny shop and build it. The goal is to become a retail mogul. The trick is to stock products your customers want, and set the prices at the right level. The graphics are basic, and the theme is slightly baffling, but the business lessons are sound. Children need to cope with ideas such as stock levels, cost per unit, loans and retail prices.

Hands up – we haven’t played this bizarre spin-out from the BBC series, but the reviews look pretty good.  Amazon review “David” says: “My first trial run with the family today caused exactly the kind of competition and chaos a great boardgame should. I do think though that it actually turned my son into a ruthless businessman during the course of play.” Apparently it mimics the show. You hear pitches, and then work out which are the bonkers ones and which have a chance of making it. All the pitches are based on real ideas, so you’ll discover what happened to them. Not a bad idea. And looks far better than Peter Jones’ risible Big Business Game. What was he thinking?

This practical work takes children on a step by step tour of how to start their first business. It includes sections on marketing, budgeting and human resources. It also includes a guide to 20 business which children can think of starting! The book is a few years old, but since it doesn’t deal with legal specifics, it can’t really go out of date.

If you want to turn your sproglets into a future Mark Zuckerberg, then probably the best tactic is to teach them programming. This simple to understand work teaches the basics of the Python language. It progresses slowly, and uses clear language. There are boxouts for key concepts such as “pixels”. Frankly, if you want to learn programming, this could be the work for you too.