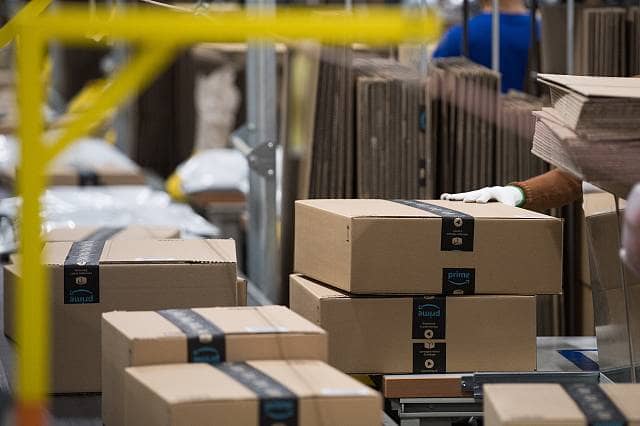 £2bn ‘tax on the frail’ planned for online shoppers

The Chancellor is reportedly contemplating a new online sales tax to raise £2bn a year to create a “sustainable and meaningful revenue source for the government”. The home delivery expert ParcelHero says Britain’s increasing army of online shoppers must not be duped into paying the cost of coronvirus.

The government is reportedly examining how the ‘the tax system raises sufficient revenue’ to cover the cost of lost business rates, as the coronavirus pandemic continues to bankrupt many High Street businesses.

The Times newspaper reported on Monday that, following last week’s Treasury consultation paper on business rates, Chancellor Sunak is considering a 2% levy on goods sold online. ParcelHero, the UK e-commerce delivery expert, warns this new charge would be in addition to the recently announced ‘plastic bags-style tax’ on home deliveries the Government plans to introduce, in order to force shoppers to rethink their use of home deliveries.

ParcelHero’s Head of Consumer Services, David Jinks MILT, says home shoppers should not be duped into footing the bill for the impact of Covid 19.

During lockdown, shoppers of all ages have turned to e-commerce so they can continue to shop safely from their own home. That is a sensible choice and consumers must not be punished for being wary of returning to shopping centres and crowded stores.

The Treasury paper says, “Historical trends in online retail sales, and the more recent increases driven by COVID-19, suggests that while an online sales tax would not replace business rates, it could still provide a sustainable and meaningful revenue source for the government.

“That means the Government is well aware many people have been driven to online shopping because of their concerns over the coronavirus but it is prepared to make those people pay more to restore the Government’s coffers.

“The Treasury goes on to say that it needs to ‘…ensure that the tax system raises sufficient revenue to fund the services that have been essential parts of the pandemic response, as well as public services more broadly.”

A 2% levy on online sales, in addition to the previously reported mandatory charge on consumer deliveries, is simply unfair on the huge number of elderly or shielding people who have turned to online shopping for the first time during the pandemic. It must not be home shoppers left to pick up a large chunk of the coronavirus bill.

As well as this 2% tax on the frail the Chancellor is reported to be actively considering, the Treasury is still threatening a compulsory new charge on home deliveries that would form part of a campaign to cut congestion and toxic emissions.

This entire concept, however. is based on a false premise. The Treasury has embraced a recent Department for Transport consultation paper that examined the recent growth in home deliveries and van miles, but failed to consider whether the end of free deliveries would result in shoppers simply climbing back into their cars to shop in town. The environmental impact of that would be disastrous. In fact, there is strong evidence that, far from having an environmental cost, home deliveries are significantly more environmentally friendly than traditional visits to the High Street.

There is no denying that High Street retail and, indeed, much of the entire economy is struggling, but certain sectors of e-commerce continue to thrive. The Chancellor’s response should be to encourage this one bright area of retail rather than impose two steep, new taxes on it. The result of this double-whammy of new taxes will be that consumers simply stop spending their hard-won money online as well as in store. Then no one wins – not the High Street, not the Treasury and certainly not Britain’s consumers.

The answer to the business rates problem is that the Treasury should stop dragging its heels and push forwards with its radical, new plans to abolish business rates and replace them with a “capital values tax” that would be based on the value of land and the buildings on it. This tax would be paid by the owner of the property rather than the business leasing it. Britain’s business rates are the highest in Europe and they cripple High Street retailers; tackling these will help bring life back to our beleaguered town centres far more effectively than a new online sales tax.

Let’s face it, most good retailers sell both in store and online. A new e-commerce tax would be robbing one side of a business to pay the other. Both the Government and retailers need better omnichannel retail strategies, embracing both shop and online sales, with both services complimenting the other.