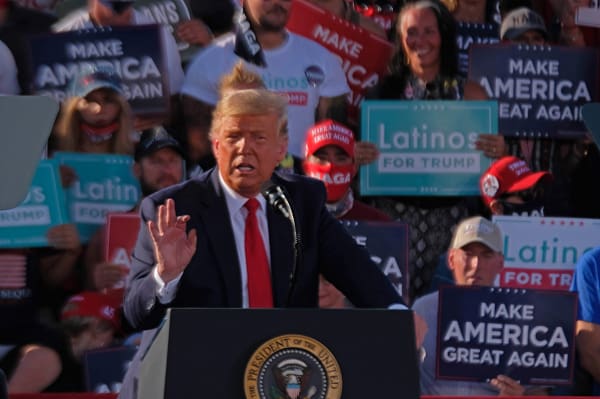 President Joe Biden’s odds of winning re-election have doubled in a little over a month and now stand at 24% after surging to an all-time high this week.

Meanwhile, Biden’s predecessor Donald Trump has fallen to a 14% chance of regaining the presidency next time around — his lowest chance since August 2021.

From a market perspective, the midterms have been a great success for Biden, with the president climbing from a 15% chance of re-election pre-midterms to 20% in the immediate aftermath, and by another four points in the wake of the Georgia result.

Defeat for Republican Herschel Walker in Georgia signals another failure for Donald Trump’s favoured candidates, and the betting markets are losing confidence in the former president. Having been the favourite for the vast majority of the last 12 months, Trump now stands third at just a 14% chance of winning in 2024.”