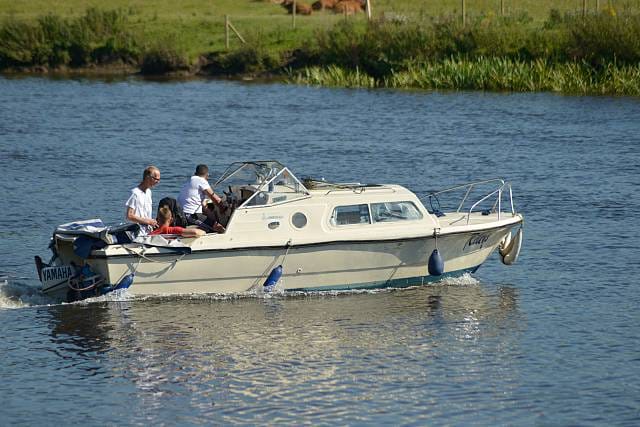 2017 will be a summer of staycations and cheaper destinations

Should I stay or should I go?

As the late May Bank Holiday approaches, research from Rakuten Marketing, the leading digital marketing company, and Centre for Retail Research today reveals nearly 1 in 4 (24 per cent) consumers admit they are changing their intended travel plans this summer as a result of Brexit.

Over a third of people are choosing cheaper destinations (37 per cent), a third are reducing the number of days spent on holiday (37 per cent), and nearly a fifth (18 per cent) are holidaying at home in the UK instead of abroad.

The types of holidays where cheaper destinations are most likely to be chosen are cruises (46 per cent), camping (42 per cent) and city breaks (40 per cent)For beach breaks, 45 per cent of people are choosing to go away for fewer days.

Mark Haviland, EVP Global Development and MD of Rakuten Marketing Europe says: “Although the appetite for travel is still high, people are aware that foreign holidays are more expensive this summer because of the fall in the pound’s value. Overlooked affordable destinations are likely to become new favourites with Brits travelling outside the UK and within Britain and regional economies will get a boost from staycations.”

Brexit is most likely to affect holiday planning, rather than causing people to cancel already booked breaks, with nearly a third (30 per cent) of people saying Brexit is affecting their travel decisions in some way. A fifth of Brits say there will be no difference in their travel plans this year and 18 per cent say they’ll take more holidays in 2017 than in 2016.

Haviland continues: “This will be the summer of good value so there’s a clear opportunity for brands if they market to these tourists effectively. The must focus on selling memories and experiences, rather than just hotel rooms and use targeted advertising, for example based on consumers’ mobile location or previous product purchases to stand out from the competition. Brands would also be wise to consider partnerships with cashback and voucher publishers. These websites have a following of savvy travellers and can open up huge new customer bases.”

Professor Joshua Bamfield from Centre for Retail Research adds: “People are now taking on average 3.6 holidays per year. However sterling’s currency depreciation may force holidaymakers expecting to go abroad to change their plans this summer and the uncertainty about the economy or the household’s future living standards may limit holidaymaking amongst more prudent families.”

Please see here for the full report from Centre for Retail Research and Rakuten Marketing on consumers’ attitudes to Brexit and spending.