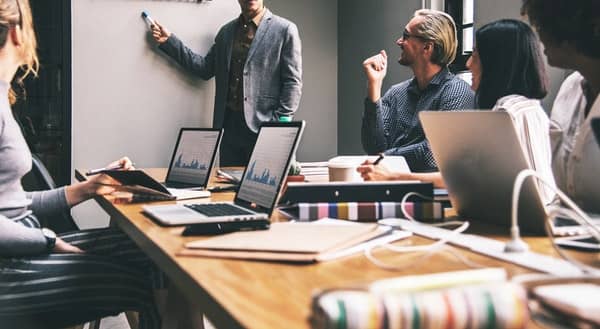 Why Manchester is the ideal location for your satellite office

Every business reaches a point where it outgrows the main office and the thought of expanding to a new location is on the cards. A satellite office makes it easier than ever to run your business without being centralised in a single place.

From location, to cost to connections there are many factors to consider and it might seem impossible to find an area that has it all. But there is one city in the North of England that is fast becoming a hive for business activity: Manchester. If you are looking to open a new satellite office, here is why Manchester is the ideal location.

Situated in the North West of England, Manchester is one of the UK’s biggest cities boasting of a population of over 500,000, 5 universities and multiple transport links. On top of all this, Manchester has the largest city economy outside of London with plenty of investment targeted at the area, reports Startups.co.uk.

Home to the third largest airport in the UK, Manchester Airport connects the city internationally. Railway links keep Manchester connected to other major UK cities such as London and Birmingham while the M60 is the main motorway. With so many great transport links, locating your satellite office in Manchester means accessibility is guaranteed.

Another benefit of choosing Manchester as the location for your satellite office is cost. While your main company location may need to be in a certain location such as London, it may not be necessary for all staff to work in the same space.

According to InvestinManchester.com, operation costs in Manchester are up to 40% lower than in London. More and more companies are choosing to open offices in Manchester rather than expanding in London, due to the high cost of business in the capital, reports Financial Times. Therefore, expanding your business to Manchester will allow you to develop a presence a new area, all while keeping costs low.

Take your pick from the specialist talent pool

When you’re hiring new staff, you want to find the right people to join your team. So, when it comes to choosing a location for your satellite office, you want to consider an area filled with top quality workers with the skillset you’re looking for.

Manchester is not shy of specialist talent, with cyber security, fintech and genomics being just some of the areas that drive business in the city, says InvestinManchester.com. Even your existing staff can benefit from this by networking with specialists in the area.

Over the past decade, Manchester has evolved into one of the UK’s leading tech hubs that continues to expand every day. The strong technology culture across the city that continues to make digital advancements, inline with modern day businesses and their reliance on data.

Sending high volume data or HD media files between business locations doesn’t need to be complicated either. With reliable P2P Ethernet in Salford, provided by The Loop, transferring data has never been easier. With reliable network connectivity, your satellite office can stay connected to the rest of your business.