Home Business NewsBusiness Why are people forking out millions to have lunch with Warren Buffett? 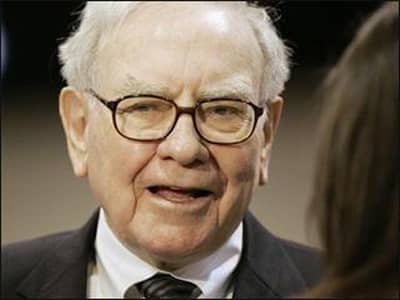 Why are people forking out millions to have lunch with Warren Buffett?

Would you like to have a meal with legendary investor Warren Buffett? That’ll be $1m please (probably more).

Yep, you read that right. Bids to have lunch with the Oracle of Omaha have topped $1m already.

Buffett does a “power lunch” every year to raise money for GLIDE Foundation in San Francisco, a non-profit charity supporting low-income families.

Last year’s winner paid an eye-watering $2.2m for a lunch date with Buffett. Back in 2012, an anonymous winner paid nearly $3.5m for the meal, the highest bid so far.

Why do people pay millions to have a meal with Warren Buffett?

People want to dine with the Berkshire Hathaway boss for one simple reason – to get insights into his investment strategies.

After all, Buffett is the third richest person in the world with his $72.7bn wealth pile. His company Berkshire Hathaway has the most expensive shares of any public company in the US. (Read: These are the richest people in the world in 2015)

Weschler discussed investment strategies at his lunch and was later hired by Buffett to help run his investment portfolio at Berkshire Hathaway.

How many millions has Sir Martin Sorrell made since 2004? Take a look at this graph