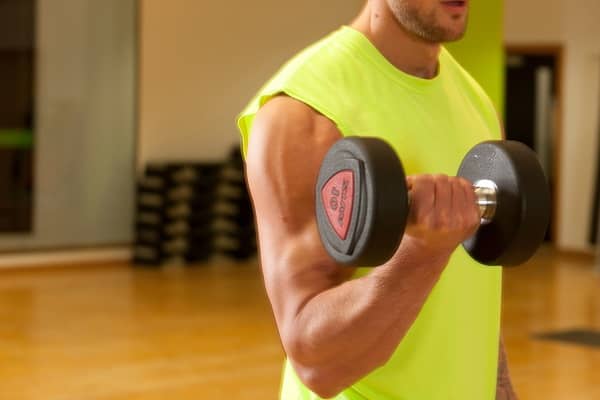 What to know about Ecdysteriods before using them

If you’re an active bodybuilder on the hunt for natural supplements to boost muscle mass and metabolism—there’s a high chance that you have heard of ecdysteroids and their various qualities. After all, they are all the rage in bodybuilding circles nowadays. But what exactly are ecdysteroids, and do they really possess the multitude of benefits associated with them? Let’s dive into it!

Ecdysteroids are a type of natural steroids found in certain insects and plants. Like other steroid hormones, they are produced using cholesterol as a precursor and function by regulating the transcription of specific genes present in DNA. Some examples of ecdysteroids include turkesterone, ecdysterone (20-hydroxyecdysone) and ecdysone.

In arthropods, ecdysteroids mainly control molting (shedding of their exoskeleton) and metamorphosis, and play a role in development and reproduction as well. In plants, ecdysteroids are mostly used to ward off harmful insects and pests, and therefore enable the plant to protect itself. Ecdysteroids used by humans usually come from plants, like spinach.

Recently, ecdysteroids have received a lot of attention in the bodybuilding world for their interesting muscle-enhancing properties in humans. So how exactly does that occur? At first, ecdysteroids were speculated to work in a similar way as androgens (such as testosterone) and have similar effects. Testosterone, as you might recall, is one of the main hormones responsible for post-puberty muscle growth and development in the male body.

However, recent research has shown that while ecdysteroids do indeed have a significant effect on increasing protein synthesis and overall muscle mass, they work in a different way than androgens. The exact mechanism by which they work and their long-term effects on the human body are still being researched.

Although past studies have shown that ecdysteroids could have significant effects in improving muscle mass and strength, there is still a lot of research that needs to be done.

We need more information on precisely how ecdysteroids affect the body and what changes they bring about. That being said, let’s discuss some of the potential benefits ecdysteroids could have:

Ecdysteroids have an anabolic effect on protein synthesis, which simply means that they bring about the building of protein molecules rather than their breakdown. Research has shown that they act by binding with estrogen receptors and increase the rate of protein formation from amino acid precursors.

Through this action, ecdysteroids cause hypertrophy of muscle fibers and an increase in lean muscle mass overall. Ecdysteroids also shorten the recovery time of muscles after strenuous exercise and contribute towards bone growth and remodeling.

Some studies have shown that over time ecdysteroids could substantially improve athletic performance—first of all by their muscle-building properties and reduced recovery time, and also by other functions such as improved immunity, increased synthesis of red blood cells, and better nervous system and heart function.

Although these benefits need to be researched further, there is a possibility that ecdysteroids have a positive effect on metabolism by reducing the blood glucose level and the risk of developing insulin resistance.

Side effects and health concerns

At the moment there are no known major side effects or potential risks of taking ecdysteroids by mouth in the form of supplements. However, pregnant women and those with any serious pre-existing health condition should avoid taking them, or consult their doctor about it first.

Remember that although ecdysteroids might sound like a miracle ingredient for bodybuilders, their efficacy and potential side effects still need to be thoroughly researched upon.

In most countries, buying and selling ecdysteroids is considered perfectly legal and there are no regulations against athletes taking them. However, make sure to check your country’s rules regarding this beforehand.

If you plan to get ecdysteroids, a word of advice would be to buy your supplement from a reputable brand to ensure you get quality ingredients and use the product exactly according to the manufacturer’s instructions. Make sure that you do not exceed the dose or usage frequency mentioned on the label.

To sum up, ecdysteroids are a class of natural steroids found in arthropods and certain plants such as quinoa and spinach. Research has shown that ecdysteroids might have promising benefits for athletes and bodybuilders as they work to increase the synthesis of proteins in the body, and consequently improve muscle mass and strength.

They also have a host of other benefits such as boosting metabolism, bone growth and immunity, although more research is needed on their exact mechanism of action and effects on the human body.