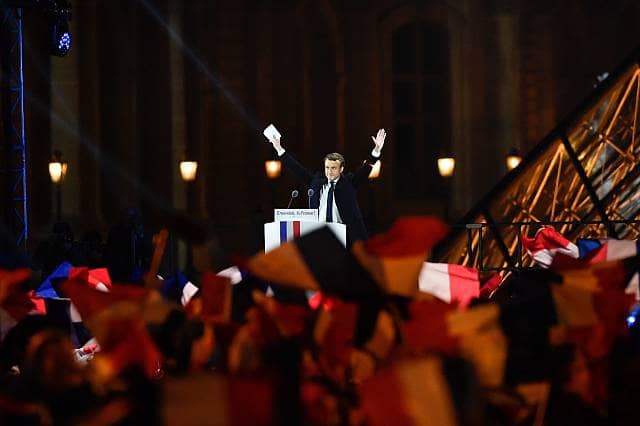 What Macron's victory means to markets

Emmanuel Macron won the French Presidential elections. Here’s what experts have to say about his victory.

“Emmanuel Macron has won convincingly against Marine Le Pen in this weekend’s election.

In anticipation of a Macron victory following the first round two weeks ago, European equities have bounced and the euro has rallied against the major currencies. Much was priced into markets before the event, but we remain positive on a medium term view. Of course, questions remain around what Macron can actually achieve over the longer term. A lot will depend on the outcome of the parliamentary elections in June and the mandate he can secure. The risk is France gets a fragmented parliament.

“Macron, though, is a transformational candidate and offers something new to French politics. His aims are ambitious both for the French domestic economy and for Europe. Macron wants to see further European Union integration through a common budgetary framework and the completion of banking union. If he is in any part successful, we may find this stops Europe’s ‘naval gazing’ and allow the region to move forward with advancing much needed governance reforms.”

Darren Ruane, head of fixed interest at Investec Wealth & Investment, said: “As predicted by polls and priced in by investment markets, Emmanuel Macron won the French election with a forecast greater share of the final vote than was expected.

“The next focus will be on the Assembly elections, which take place on 11th and 18th June, where the challenge will be in converting the decisive election win into Assembly seats given the youth of M Macron’s En Marche! political party.

“Given that Macron’s election win was fully expected by markets, early price movements show a small degree of profit-taking. European equities are lower by 0.3 per cent, the Euro has weakened against the Dollar and French government bond yields are underperforming their German counterparts.”

“The Euro has reached a 6 month high over the news of the French elections as the centrist Emmanuel Macron achieved a convincing victory against Le Pen.

The Euro gains are relatively small as Macron’s victory was largely expected and priced-in. The next course of direction for the currency would depend on a number of things including  the new President’s policies and proposals as he assumes office in a period of increasing uncertainty in Europe, with the German elections and Brexit ahead. The French Parliamentary elections will be key as Macron’s new party many struggle here given its lack of a wide grass roots organisation.

“It would also be interesting how Macron and the new Prime Minister of Britain interact, as the UK would seek to build a working relationship with France – one of the strong pillars of the EU, over Brexit and beyond.”