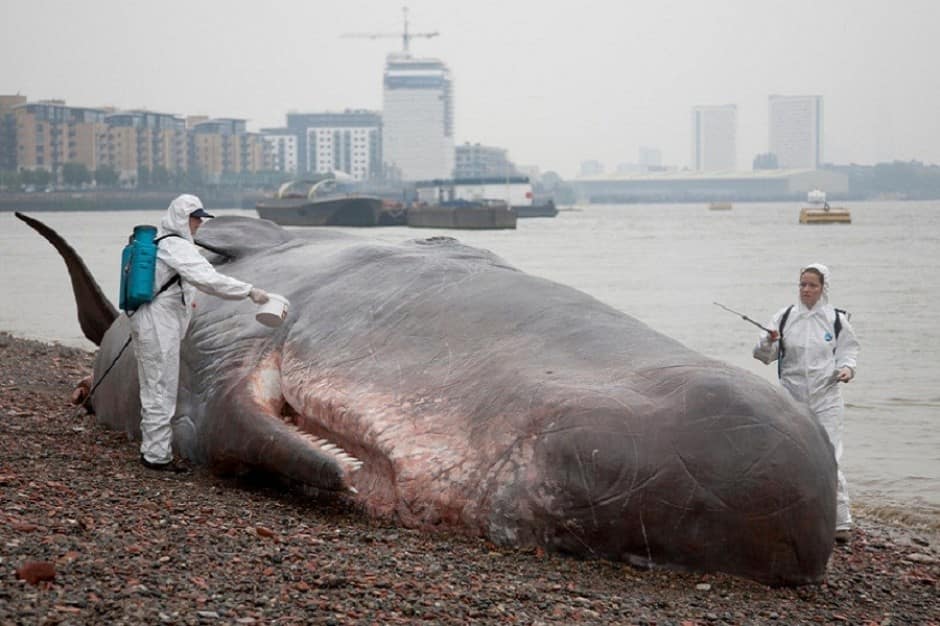 Londoners in Greenwich did a double take yesterday when they spotted a 17 metre sperm whale beached on the Greenwich shoreline yesterday.

Part of a publicity stunt to kick of the Greenwich + Docklands International Festival, the organisers hired performers posing as scientists inspecting the creature.

According to organisers, “The beaching captures our fascination and long relationship with the “otherness” of the sea.

“In the 18th Century Greenwich was the centre of the London whaling industry. A base for whaling fleets, the street lamps and houses were lit by whale oil, the cables for whaling were made in Greenwich and whale oil was used in the local wool industry.

“In 2010 the skeleton of a 12m whale was uncovered after 200 years under the river mud at Greenwich.”