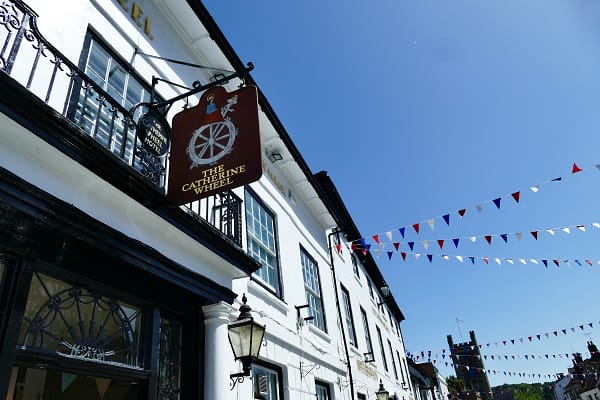 Wetherspoons has a good Christmas as sales rise

Wetherspoons, which runs 844 pubs in the UK and Ireland, today said like-for-like sales surged by nearly 18% over the last three months of 2022, compared with the same period in 2021.

However, sales remained 2% lower than the equivalent pre-pandemic period in 2019.

AJ Bell’s Russ Mould said: “Naturally, pub chain Wetherspoons did better in the Christmas just gone than the Omicron-marred festive period in 2021 – that’s not really news. It would have been difficult to do worse given restrictions are no longer in place and the fear factor associated with going about normal life has receded.

“What is damaging for Wetherspoons is that trading is still behind where it was pre-pandemic. Wetherspoons has always had a model of prizing volume over margins, so when you consider how fast costs are rising it is not surprising profitability is under pressure.

“Outspoken chair Tim Martin points to the threat posed by supermarkets, with people buying booze in stores and drinking at home – a situation he notes is exacerbated by the disparity in tax treatment.

“Barring some kind of concession by the government, all Wetherspoons can do is redouble its efforts to make its venues appealing places for people to visit, rather than just somewhere to buy relatively inexpensive drinks.

“A pub’s role goes beyond just a venue for drinking – after all there’s not much company to be found sat on your living room sofa.”