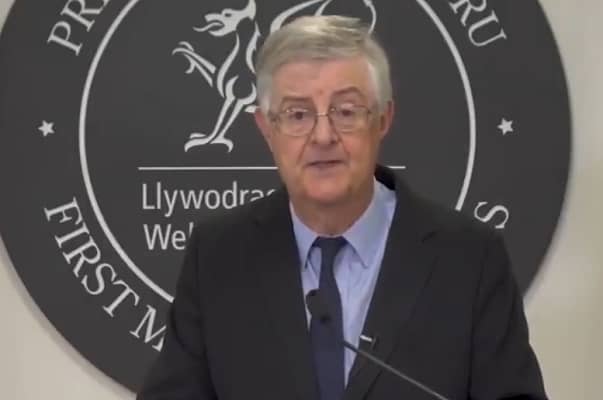 Wales gives ‘advice’ to people to ‘think about your journey’

First Minister of Wales Mark Drakeford is appealing to people to follow travel advice, and “think every time they make a journey.”

Drakeford said that this will not be “policed in the conventional sense.”

“We’re simply appealing to people to think very carefully about journeys they make.”

He said previously that the message to “stay local” in Wales was “undoubtedly successful” in protecting the south west and north of Wales.

Drakeford added, “The more people we meet, the more journeys we make, the more risks we run to ourselves and others.

“So, it’s an appeal to people to think carefully about those journeys.

“If they’re necessary you must make them. If they’re not necessary, please don’t travel unless you have to. That is the message here in Wales.”

He later told BBC Radio 4’s Today programme, “What I’m asking people in Wales to do is think every time they make a journey.”

When asked if that meant no holidays, Drakeford said, “Well, it’s very possible to have a holiday in Wales without travelling very far at all.

“People are going to make those decisions in their own circumstances so we’re not saying no holidays to people.”

Drakeford also told the BBC it’s a “difficult balancing act” between the needs of the Welsh economy and public health.