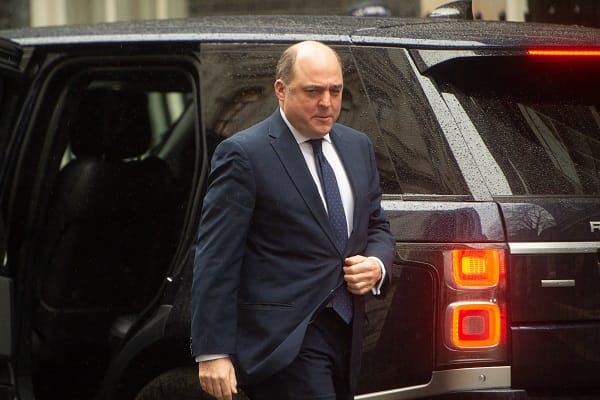 The British Defence Secretary Ben Wallace has hit back at Vladimir Putin and warned “Putin wants a legacy, it’s our duty to make sure he gets a legacy, but not the one he is planning.”

Wallace said that the Russian President is a man who does not worry that “false flag oporations” are “almost comical.”

After the meeting at the Joint Expeditionary Force in Leicestershire Wallace said Putin’s speech on Monday was “full of inaccuracies,” the Defence Secretary added, “He should look at his history books.”

Addressing the sanctions that the Prime Minister imposed on Tuesday, Wallace said, “We’re absolutely open to doing even more if required because we need to send that clear signal to President Putin.

“As I have warned and warned the Kremlin for weeks and months that as we knew in 2014 he gets the opposite of what he wants.

“He will get more forces on his borders, but just as he did in 2014, he will no doubt get more spending on defence from NATO to things that strategically would be the opposite of what he should be potentially wanting to achieve.”

Wallace added, “Our resolve has been tested, as has the ambitions of President Putin’s legacy.

“President Putin wants a legacy, it’s our duty to make sure he gets a legacy, but not the one he is planning.

“A man who doesn’t follow international law, a man who is now has a very large army on the doorstep of a sovereign state and seems to not even worry that the false flags and the fake news we are watching is so obvious, it is sadly almost comical.”

He added, “The actions we’ve seen today and last night are absolutely according to his playbook.

“It’s according to what he wrote in July last year, and if you want to know what his next intentions are, I recommend you listen to his latest speech, that he made last night, full of huge inaccuracies, one of which was that Ukraine is not a proper state.

“I should remind people, Ukraine has been separate to Russia as a nation longer than it has been part of Russia, that is a simple fact of history.

“He should look at his history books, and not selectively pick dates that suit his narrative.”