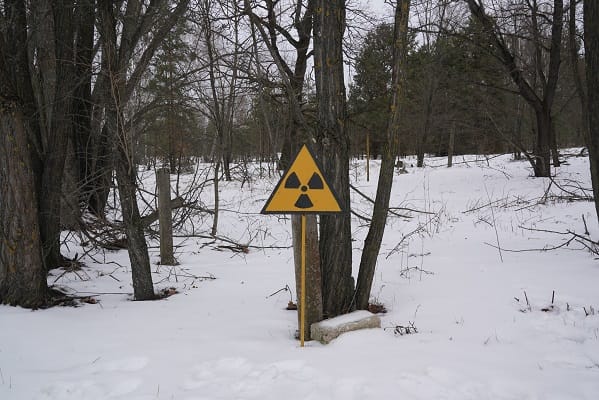 The Russian Federation poses a threat to the nuclear safety of the world, the Foreign Ministry of Ukraine said, marking the 36th anniversary of the Chornobyl nuclear disaster which was the worst the world had ever seen.

Since Russia started the war in Ukraine they have fired rockets and missiles close to nuclear facilities across the country.

The Foreign Ministry of Ukraine said, “The Russian armed forces carried out a cynical and brutal military invasion, followed by the seizure of the territory of the exclusion zone and the industrial site of Chornobyl nuclear power plant.

“This danger is still real because of disordered rocket attacks and bombings resorted to by the aggressor country on the territory of Ukraine,” the commentary emphasises.

The Ministry stressed that the amount of damage inflicted by Russian troops at the Chornobyl nuclear power plant must be properly determined.

“The international community could clearly see who is working to improve the level of nuclear security in Europe and the world, and who is irresponsibly leveling all these efforts.

“Ukraine, in spite of everything, is ready to achieve further success jointly with international partners in overcoming the consequences of the Chornobyl disaster and prevention of new nuclear catastrophes,” the Foreign Ministry said.