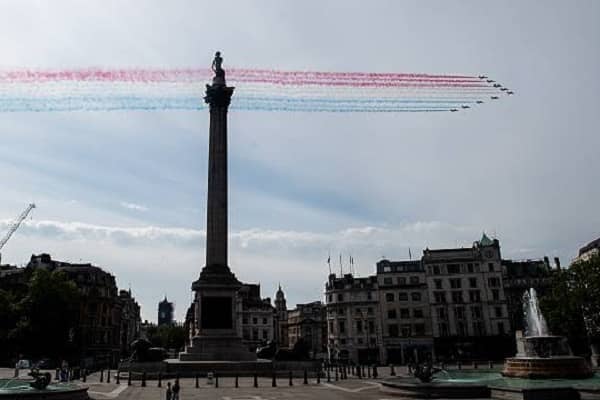 The Prime Minister Boris Johnson has told Second World War veterans “You will always be remembered” in a “heartfelt thanks.”

Johnson wrote a letter to veterans to mark the 75th anniversary of VE Day and laments the UK cannot celebrate with military parades due to the pandemic.

Johnson lit a candle at Westminster Abbey in remembrance to all those who served the UK during the war, and he observed a two-minute silence.

He wrote in his letter, “On this anniversary, we are engaged in a new struggle against the coronavirus which demands the same spirit of national endeavour that you exemplified 75 years ago.

“We cannot pay our tribute with the parades and street celebrations we enjoyed in the past; your loved ones may be unable to visit in person.

“But please allow us, your proud compatriots, to be the first to offer our gratitude, our heartfelt thanks and our solemn pledge: you will always be remembered.”

The Prime Minister paid tribute to his hero Sir Winston Churchill and said he took “agonising decisions” and said, “His leadership was magnificent, yet he was the first to say that it was you, the Britons of that generation, who possessed the lion’s heart; his task was to give the roar.”

He wrote, “Those of us born after 1945 are acutely aware of the debt we owe.

“Without your trial and sacrifice, many of us would not be here at all; if we were, we would surely not be free. To us, you are quite simply the greatest generation of Britons who ever lived.

“Our celebration of the anniversary of the victory might give the impression that Hitler’s downfall was somehow inevitable. You know better.

“You will remember moments of crisis, even desperation, as our country endured setback, defeat and grievous loss.

“What made the difference was your valour, fortitude and quiet yet invincible courage.”

He said, “In normal times we would be paying tribute to their achievements in street parties, in gatherings and events at the Cenotaph. This year we can’t do that, this year we can’t be together.

“We commemorate those who stood together for a better future. We remember their service, and also their sacrifice.”

Sir Keir wrote in the Daily Telegraph, “We owe so much to the generation of VE Day. We must do everything we can to care and support them through the current crisis.

“We have all heard the harrowing stories of the virus spreading through care homes, with families unable to say their last goodbyes.

“The crisis in our care homes has gone on for too long, and we must do everything we can to protect our most vulnerable, many of whom protected our country in its darkest hour.”