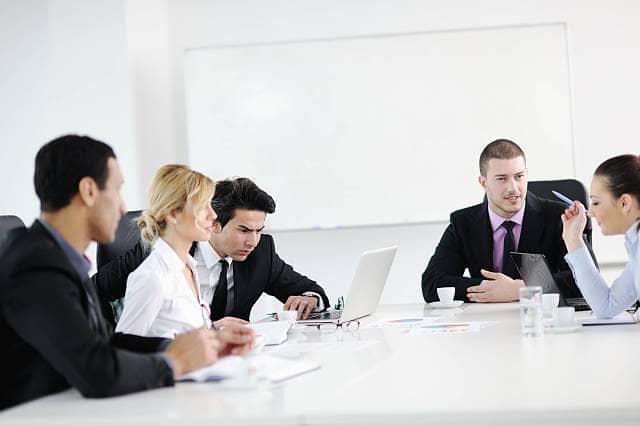 UK office workers are spending almost an entire working day every week attending and preparing for unnecessary meetings, according to new research from meeting governance technology firm eShare out today.

The average office worker spends 10 hours 42 minutes every week, preparing for and attending 4.4 meetings, with 2.6 of those deemed unnecessary. With the average meeting revealed to have 6.8 attendees, this equates to annual staff costs for unnecessary meetings per business of £35,395.36, based on ONS average earnings data. With 5.4 million businesses in the UK, this means the total staff cost per year of unnecessary meetings is more than £191bn.

“Even as an approximate figure, £191bn is an astonishing amount to be wasted in staff costs, time and resource that could clearly be much better spent elsewhere,” said Alister Esam, CEO, eShare. “The template for smarter meetings must start at the top – board level meetings must be efficient, essential and better managed, so that meetings elsewhere can follow that lead.”

The research also revealed that 70 per cent of office workers believe there are too many meetings in a working week, with 24 per cent saying that often the same results could be achieved with a few quick emails. 81 per cent say meetings need a 21st century makeover, with 83 per cent saying the meeting process has not changed since they first entered the workplace. It is this lack of modernisation that has resulted in such meeting inefficiency, according to eShare CEO, Alister Esam:

“We’ve all been in meetings that took scores of emails to confirm, that have a paper agenda, where people can’t recall exactly what the previous actions were and with meeting materials that have been amended at the last minute – these problems could all be addressed by a more digital approach. It’s a waste of money and resource and is hugely frustrating for all concerned. Addressing such inefficiencies could be the biggest single boost to productivity in UK business, whilst also improving areas such as governance and transparency, especially at board level.”

79 per cent of respondents say they could get much more work done with fewer inefficient meetings, and 45 per cent believe that meetings prevent them from actually getting on with their job. The lack of digitisation around business meetings was highlighted by 52 per cent saying they still receive a printed agenda and materials for most meetings, despite the ubiquity of smartphones and tablets. 59 per cent say that after most meetings they just throw away the agenda and printed materials.

“Whether it’s board meetings in a major corporation, SME all-company meetings or departmental catch-ups, meetings are an essential element of business,” said Alister Esam. “Yet most of us would agree that many meetings are inefficient and ineffective, and can be managed far better than they are currently. Throwing meeting materials away for example, is potentially a major security concern, and all aspects of meetings need to be dragged into the 21st century. The benefits of doing so will be felt in boardrooms all over the UK.”