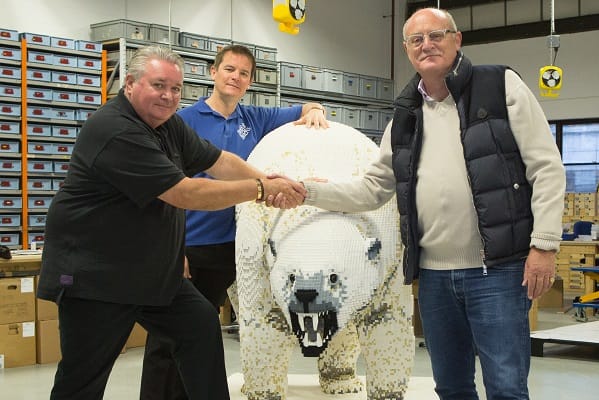 With this acquisition, the network of partner-driven fan-based shows featuring LEGO bricks will become one of the most significant brick-based companies in the world, and will fast-track its continued global expansion. The acquisition will offer BRICKLIVE significant sales expansion and enhance the enlarged group’s net profit.

BRICKLIVE has acquired Bright Bricks for a total of £8.5m, in conjunction with a placing of new Shares at a price of 70p per Share. Since its inception LVCG has sought to build BRICKLIVE as a global children’s entertainment and education brand, and in two years since one event was held in Birmingham in 2016, LVCG has grown its global network to ten partners and event in 4 continents.

David Ciclitira, Executive Chairman at Live Company Group, said: “At the beginning of this year, I had three specific goals for the Group: the consolidation of the BRICKLIVE brand in Asia; the establishment of the BRICKLIVE brand In the United States; and the acquisition of Bright Bricks Holdings Limited.  This deal reinforces my final goal. The Group through BRICKLIVE, has created a global brick-based brand, whilst Bright Bricks is one of the world’s premier brick model building companies.  With the combination of the businesses, the Directors believe LVCG will be one of the most significant brick-based companies in the world.”

Simon Horgan, Executive Chairman at Bright Bricks, said: “’Over the past 2 years, Live Company Group has become an important customer for Bright Bricks. We have collaborated on many exciting and highly creative projects where Bright Bricks has used its skills to create unique event content. The joining of our two companies will allow us to fully service and supply the global Bricklive network of events from within our own resources. Bright Bricks has an extensive portfolio of touring assets and a highly skilled design and building team that will now be integrated into Live Company Group.  We have many new concepts waiting to launch and look forward to an exciting future together.”

M&A intensified prior to Ukraine conflict