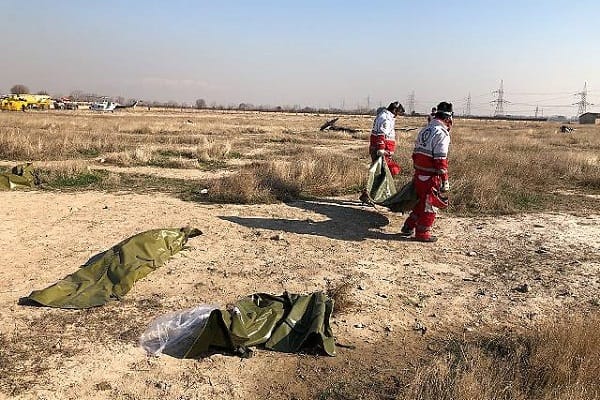 A Ukrainian Boeing 737 crashed shortly after taking off from Imam Khomeini airport in Tehran killing all 176 on board.

The Ukrainian embassy in Tehran initially blamed engine failure, but shortly after removed this from their statement.

Ukraine’s prime minister Oleksiy Honcharuk said there were nine crew members and 167 passengers on board the flight that was headed for Kiev.

The black box has been recovered however, the head of Tehran’s civil aviation organisation said they will not be giving it to Boeing.

A British Foreign Office spokesperson said, “We are deeply saddened by the loss of life in the plane crash in Iran overnight.

“We are urgently seeking confirmation about how many British nationals were on board and will do all we can to support any families affected.”

Ukraine’s President Volodymyr Zelenskyy said in a statement, “I keep all measures on personal control. I very much ask everyone to refrain from speculation and putting forward untested versions of the disaster before the official announcements.”

The plane crash happened within hours after Iran launched a series of ballistic missile attacks targeting two US bases in Iraq.