Home Business News Ukraine warned of a bleak outlook as Mariupol is likely to fall in to ‘Russian hands’ within ‘hours now, not days’ 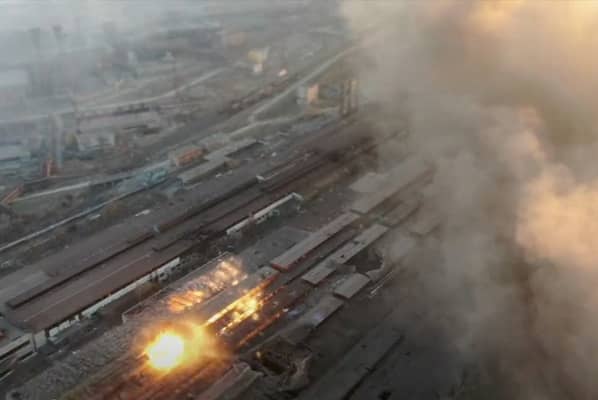 Ukraine warned of a bleak outlook as Mariupol is likely to fall in to ‘Russian hands’ within ‘hours now, not days’

Defence analyst Professor Michael Clarke has provided a very grim outlook for the besieged city of Mariupol and has warned it will most likely fall in to “Russian hands” within “hours now, not days.”

Clarke told Sky News that a vast amount of Russian troops are now making their way from Izyum to Mariupol to launch a “big offensive.”

He said, “It’s the southern anchor of their big push, north from Izyum and south from Mariupol, to join up their forces.

“It will take some time to do but if they can defeat the Ukrainians in Mariupol they can release probably half of their forces there, at least 6,000 or maybe 8,000 troops, to start to push north in this big offensive.”

Professor Clarke was asked if Mariupol is likely to fall to Russia, he said, “Yes, it does – most people think it’s down to hours now, not days.”

He added, “You can tell when fronts crack, and I think a crack has occurred.

“I’d be surprised if Mariupol isn’t in Russian hands by this time tomorrow.”

Russia has also claimed that they have taken more than 1,000 soldiers of Ukraine’s 36th Marine Brigade in Mariupol including 162 officers.

“In the town of Mariupol, near the Ilyich Iron and Steel Works, as a result of successful offensives by Russian armed forces and Donetsk People’s Republic militia units, 1,026 Ukrainian soldiers of the 36th Marine Brigade voluntarily laid down arms and surrendered,” the Russian Ministry said in a statement.

The UK’s Ministry of Defence also warned that fighting will intensify over the “next two to three weeks,” which signals a new phase.

In the Luhansk and Donetsk regions of eastern Ukraine, the Ukrainians face being outnumbered by as much as three to one as Putin seeks a face-saving victory.

Ukraine soldiers have dug trenches in the region which has not been seen since World War I as they are preparing for fierce trench warfare battles with Russian troops.