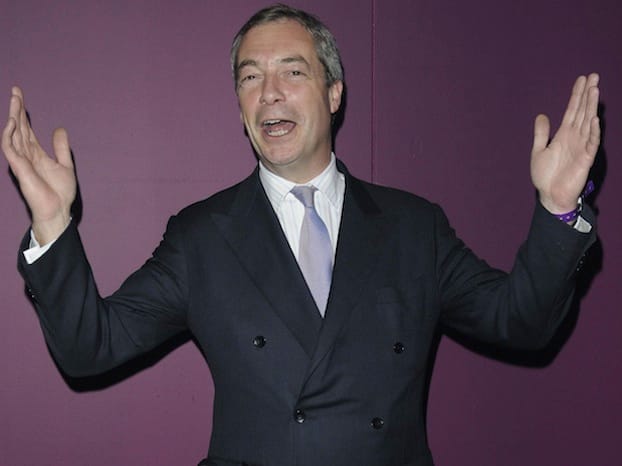 UKIP is gaining serious momentum at the local elections, results out now have shown.

While the Tories have lost 102 seats, Labour has gained 94, the Lib Dems have lost 83 and UKIP has gained 86. The Green Party gained only one seat.

The party also won four seats in Maidstone in Kent and cashed in on Tories’ loss of Castle Point, which covers Canvey Island in Essex.

The Tories lost control of Tamworth in Staffordshire, where no party now has overall control.

UKIP hasn’t had major wins in London but saw a rise in polling digits in Essex, Birmingham and Hull.

The Labour party won Cameron’s Hammersmith and Fulham Council, Merton and Cambridge. However, it lost in areas like Swindon, Walsall, Tamworth and Portsmouth.

Speaking about the results, Farage said: “The UKIP fox is in the Westminster henhouse” and added: “The idea the UKIP vote just hurts the Tories is going to be blown away by this election.”

What do the top five parties stand for at the European Elections this week?