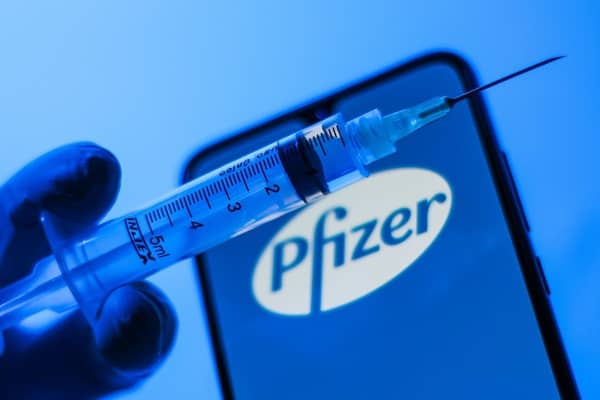 Many people will be surprised at the muted reaction from the stock market to the UK becoming the first country in the world to approve the Pfizer Covid-19 vaccine for widespread use,” says Russ Mould, investment director at AJ Bell. “The FTSE 100 and FTSE 250 indices have both shrugged their shoulders to the news, almost as if they are saying ‘so what?’.

“This is the stock market functioning in the way it has always done. Share prices move as investors anticipate what they think will happen in the future, so you could argue that the vaccine news has already been priced in.

“So far in November we’ve seen a near-15% jump the FTSE All-Share, which is a widely used benchmark for the UK stock market, as investors have bought companies which were previously hurt by the pandemic and could benefit from the reopening of society thanks to a vaccine.

“That’s clear evidence that a lot of good news was expected by the market and plays to the adage ‘it’s better to travel than arrive’ when it comes to buying shares for an expected news event.

“Now the vaccine has become reality, investors’ attention will naturally shift on to the next thing which could be the aftermath of Brexit, whether Joe Biden can push through his policies as the new US President, when the next giant wave of stimulus will come from the US, and so on.

“There is also the issue of the vaccine distribution to consider – how quickly can it be done and will those who haven’t had it remain fearful of mixing with others in public? There are still many hurdles to clear and many things for the market to digest.

“Fundamentally the vaccine approval is positive and while markets haven’t moved today, it does set a brighter tone for 2021 in terms of achieving economic recovery.”