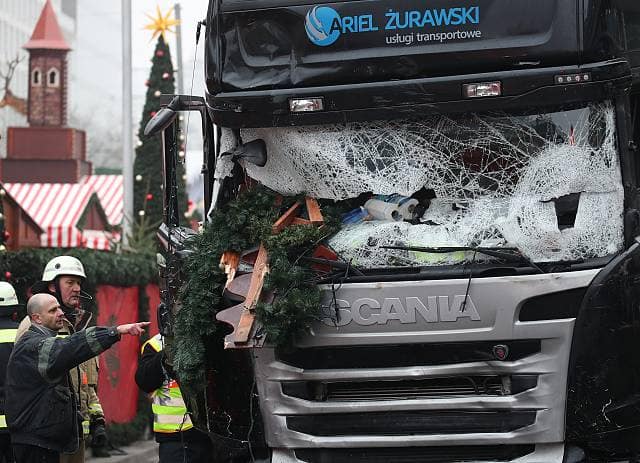 Police on a manhunt

Police have found DNA and an identity document linked to a terrorist who is responsible for the attacks on the Berlin Christmas market.

According to media reports, officers are searching for a radicalised Tunisian man in his 20s whose ID document was found under the driver’s seat of the truck.

The truck ploughed into a Christmas market killing 12 people and injuring 48 more.

The man, Anis A,has been described as “highly dangerous” and a member of a “large” Islamic organisation by the German media.

Bild newspaper claimed he is an Islamist and part of a wider network, who was already on the radar of the authorities.

A former suspect, a Pakistani national named as Naved B, was cleared of suspicion after Police found no forensic clues to link him to the vehicle.

Reports suggest that the original driver of the truck, thought to be Polish citizen Lukasz Urban, may have fought the attacker as the vehicle was being driven into the market.

He was found dead on the passenger seat with gunshot and stab wounds.