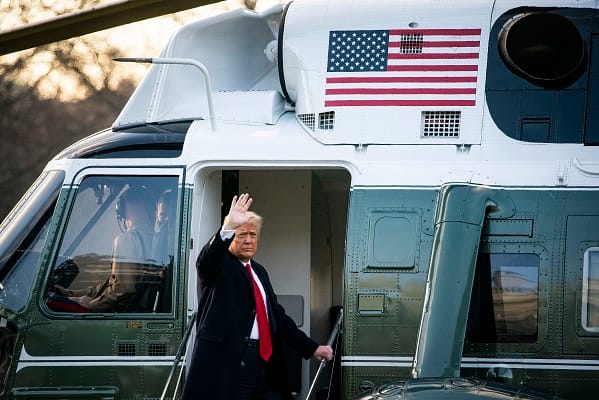 The former President of the US Donald Trump has left the White House for the last time ending four years at the helm. Trump has insisted that he “will be back in some form” before heading to his Mar-a-Lago resort in Florida.

Trump told supporters at Joint Base Andrews that it was an “incredible” four years and he thanked his family before boarding Air Force One.

Trump added, that “we left it all on the field,” and “it has been my greatest honour and privilege to have been your president.”

He further said that he wished the Biden’s administration “great luck and success,” then said “we will be back in some form.”

He said, “As I prepare to hand power over to a new administration at noon on Wednesday, I want you to know that the movement we started is only just beginning.

“The belief that a nation must serve its citizens will not dwindle but instead only grow stronger by the day.”

Trump had a red carpet send off with a 21 gun salute and a military band.