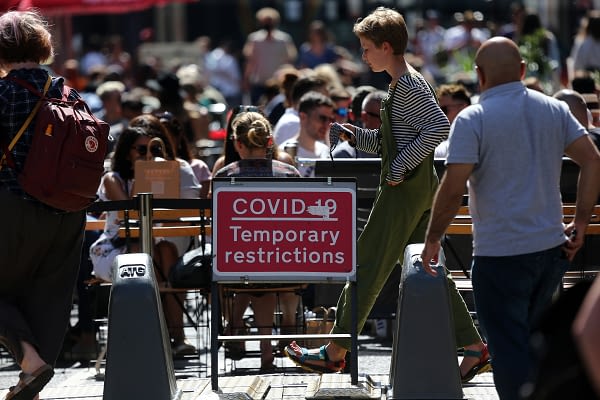 It’s always better to under-promise and over-deliver and Tortilla Mexican Grill has certainly found the recipe to surpass expectations.

With so many companies who joined the stock market in recent years failing to live up to the hype, it’s refreshing to see Tortilla pleasantly surprise with its first trading update as a listed business.

This is even more impressive given it managed to have a knock-out fourth quarter, a period which included the rapid spread of Omicron across the country and a sudden drop in people prepared to go out and socialise for fear of catching the virus and having Christmas ruined.

“Tortilla seems to be ticking all the right boxes in terms of its strategy,” said AJ Bell’s Russ Mould.

“It is adding new sites run both by the company and by franchisees. A partnership deal with Merlin Entertainments should open doors to new opportunities in theme parks, and an existing agreement with SSP continues to flourish with the addition of more travel hub sites.

“Consumers are increasingly demanding decent quality food on the go, and some of the most successful operators are the ones offering fresh products rather than chucking something bland in the microwave. Tortilla is riding this trend and its focus is now on gaining scale across the UK.

“Nightcap joined the stock market a year ago and despite initial excitement with investors, the shares have been drifting since last May. Like Tortilla, Nightcap’s latest update also comes across as upbeat, albeit recognising how Omicron has disrupted recent trading.

“The business was hit hard by Christmas parties being pulled at the eleventh hour, yet it remains upbeat that more than two thirds of these bookings will be honoured in the coming months.

“Both Tortilla and Nightcap will be hoping that Omicron cases have peaked in the UK and the country returns to a sense of normality soon. Greater movement of people across the UK and a willingness to go to more crowded places should in theory raise the chances of people wanting to grab food on the go, as well as have some nights out with friends and family.”