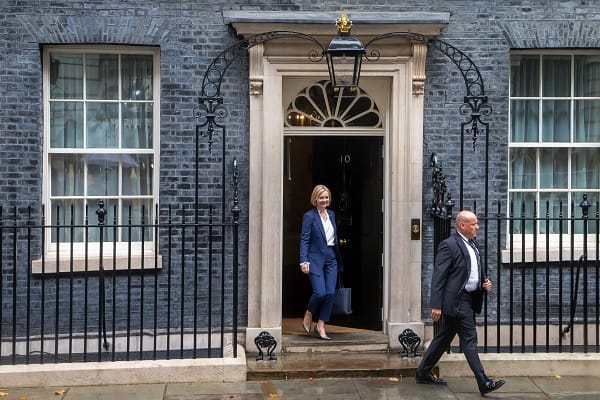 The Chancellor landed at Heathrow Airport after doing the red eye shortly before 11am on Friday after cutting his US trip early to return for crisis talks, this stirs the speculation pot faster in terms of what might happen next.

Talks are being held on how oust the Prime Minister and Tory whips have warned Truss she could face a leadership contest if there is no ease on the financial markets with the Chancellor’s economic statement on 31 October.

The Chancellor said on Thursday, “Our position hasn’t changed, I will come up with the medium-term fiscal plan on the 31st of October, as I said earlier in the week, and there will be more detail then.”

UK gilts in sharp focus ahead of looming deadline

He added that he is focused on “making sure that we get growth back into our economy.”

A Treasury spokesperson said on Friday morning, “After completing a successful series of meetings at the IMF, the Chancellor is returning to London today to continue work at pace on the medium-term fiscal plan.”

A former Cabinet minister told the Daily Mail, “It is all about the statement on October 31 now – she has got days to turn things around, that’s all.

“Even then it might not be enough if she can’t regain the confidence of the markets.

“The worry is that she still appears to be in denial about how bad things are.”

The Times is reporting that Tory MPs are preparing to replace the Prime Minister with a joint ticket of Rishi Sunak and Penny Mordaunt.

An MP said, “Rishi’s people, Penny’s people and the sensible Truss supporters who realise she’s a disaster need to sit down together and work out who the unity candidate is.