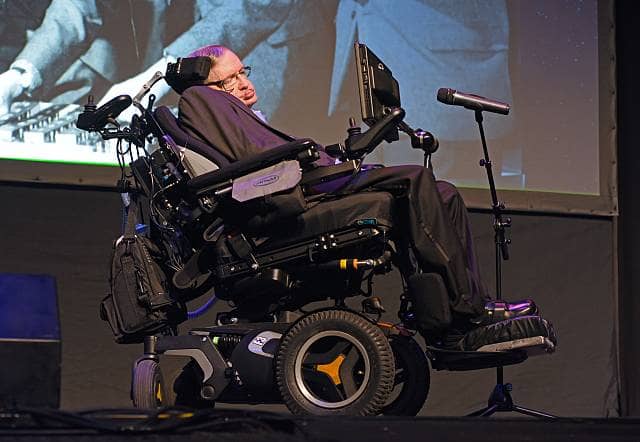 This message of Stephen Hawking was blasted into space today

As a final tribute, the voice of late Stephen Hawking will be sent into space by the European Space Agency today as the British physicist is laid to rest after a service at London’s Westminster Abbey, between the graves of Charles Darwin and Isaac Newton.

Following the service, Hawking’s words of peace and hope — set to music by Greek composer Vangelis— will be beamed towards the nearest black hole, 1A 0620-00, which lives in a binary system with a fairly ordinary orange dwarf star.

Hawking’s daughter Lucy added that the music is a “beautiful and symbolic gesture that creates a link between our father’s presence on this planet, his wish to go into space and his explorations of the universe in his mind.”

The wheelchair-bound scientist had died in March after a lifetime spent probing the origins of the universe and mysteries of black holes.