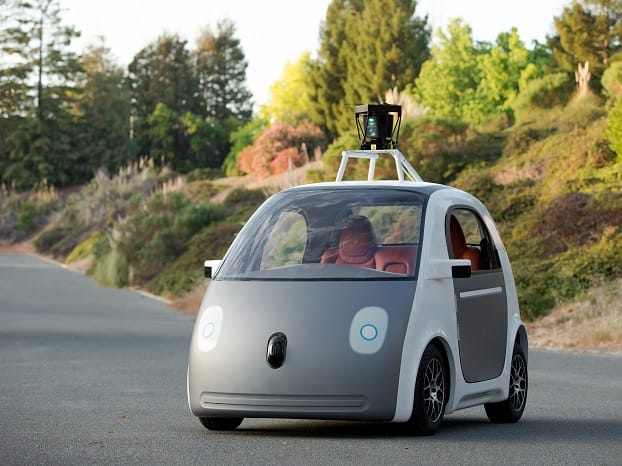 We learnt in December that Google’s self-driving car is now fully functioning.

Google said then that it hoped to start testing the car (pictured above) on Californian roads sometime in 2015.

But it wasn’t clear when exactly you and I might be able to buy the technological wonder on wheels.

Well, Chris Urmson, Google’s director of the self-driving car project, has just told Reuters that he hopes to be able to bring it to market by 2020.

He said Google is in talks with “the biggest auto manufacturers” to that end, including General Motors Co, Ford Motor Co, Toyota Motor Corp, Daimler AG and Volkswagen AG.

Urmson also seems confident that US regulation won’t get in the way of bringing the self-driving car to market Stateside, saying his colleagues “don’t see any particular regulatory hurdles”.

What about the UK?

So 2020 is the target for getting the self-driving car to the point of sale, but it’s not clear whether Urmson was talking only about the US market, or the global market.

In December, we asked Google UK when or if we might start seeing Google’s self-driving car on UK roads, but it said it had no comment.

The UK is, though, starting to test self-driving car technologies on our roads this year.

Trials are taking place in Greenwich in London, Coventry, Milton Keynes and Bristol, each testing different elements of self-driving tech as well as the public’s reaction.

The UK trials are being spearheaded by consortiums of car companies, vehicle and roads associations, and other bodies, and are overseen by the UK government.

But none of the consortiums includes Google, so it’s unclear as yet what plans – if any – the US tech behemoth has for bringing its own car technology over here.

Find out more in our story here.

Does David Cameron really want to ban WhatsApp and Snapchat?