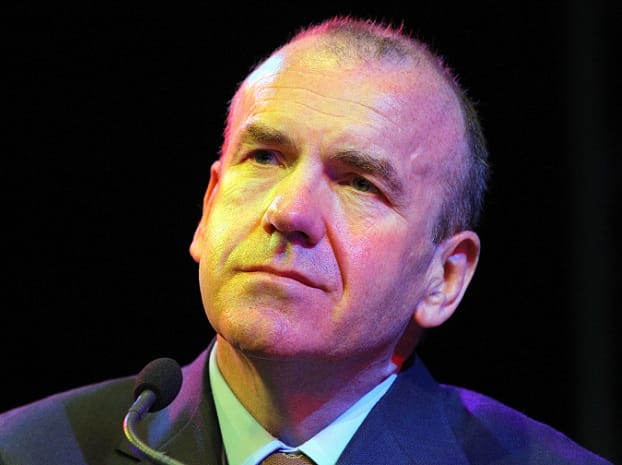 Sir Terry Leahy, Tesco’s former CEO of 14 years, has spoken about the supermarket’s crisis for the first time.

So what does he think went wrong at the UK’s biggest retailer?

A lack of focus and a certain “weakness”, it seems.

Sir Terry said Tesco “focused too much on what it isn’t, rather than remembering what it is”.

On a conference call organised by Bank of America Merrill Lynch with clients and reported by the Sunday Times, Sir Terry explained Tesco’s vulnerability – well, explained in rather vague terms:

“What it is, is a very big brand in the centre of the market, and clearly if you’re weak in the centre you can get attacked from all sides.

“But if you’re strong in the centre and doing what you do well, it’s a good place to be – you can attract customers from all parts of the market.”

Sir Terry is evidently quite optimistic about his former charge.

He thinks the crisis period could be coming to a close soon, saying that analysts “may be surprised you could see signs of improvement in [Tesco]”. “It’s very responsive to the right leadership and the right marketing strategy,” he added.

He also thinks the big four supermarkets (Tesco, Asda, Sainsbury’s and Morrisons) may have “seen the worst” and be set for a bounce-back.

He said the improving economy could mean low-price supermarkets Aldi and Lidl will stop eating into the market share of the big four.

“You may start to see a situation where the hugely disruptive effect of poorer consumers and [discount] competitors starts to be accommodated by the main players and they start to respond to it.”

Sir Terry left Tesco in 2011 after 14 years, in which he grew the company to become the UK’s largest retailer.

He was widely respected as something of a retail god during his tenure, although his predecessor Lord MacLaughlin said that he “lost the plot” towards the end of his reign.

Shortly after Sir Terry left, Tesco was forced to make its first profit warning in more than two decades.

Tesco also pulled out of the US following Sir Terry’s departure, after his £3bn attempt to break the country with the Fresh & Easy chain turned out to be a bit of a flop.

New CEO Dave Lewis was drafted in at the start of October, two months early, to deal with the crisis.

Tesco recently overstated its half-year profits by £263m and is now the subject of a criminal investigation by the Serious Fraud Office, which could see bosses jailed.

Eight executives have been suspended and a recent internal investigation found Tesco had been overstating profits since at least the 2012-13 financial year, and possibly longer.

Only one UK company made a list of the world’s 50 most innovative. This is why…