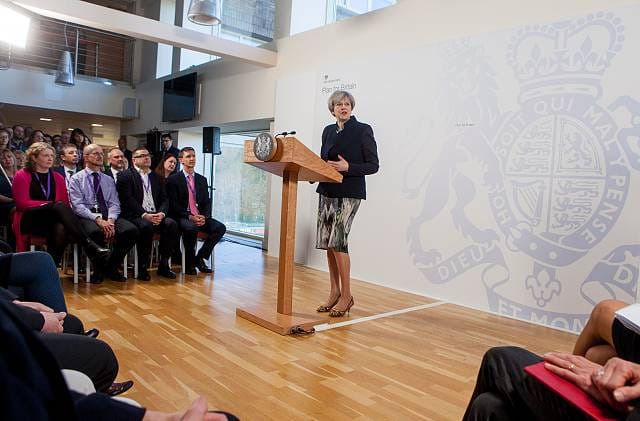 Theresa May: Brexit will make the UK “more united”

This is what the PM said

Theresa May has said that the UK’s departure from the European Union with make the country “more united”.

May spoke of this in Scotland, she’s set to meet First Minister Nicola Sturgeon later.

The PM will trigger Article 50 on Wednesday.

May insisted that she is aiming to build “a new partnership with Europe”.

The prime minister added: “As Britain leaves the European Union, and we forge a new role for ourselves in the world, the strength and stability of our Union will become even more important.”