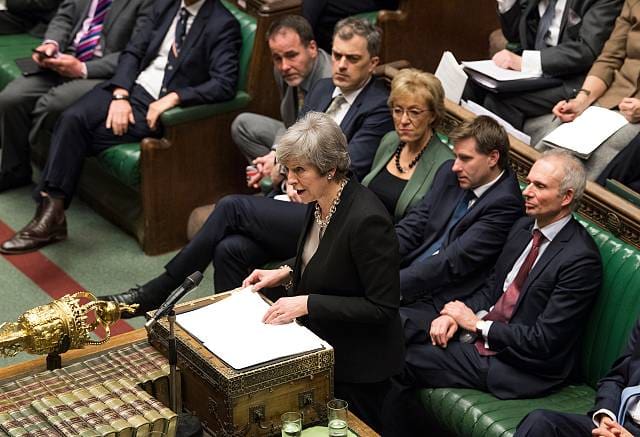 The British prime minister announced in the House of Commons on Wednesday lunch time, that she has requested a three-month delay to the Brexit withdrawal until 30 June.

Theresa May threatened to resign should MPs demand a longer EU withdrawal delay past 30 June as she believes the UK will crash out with a no-deal.

In a letter to Donald Tusk, the European Council president, May said she does not think it is in the UK’s or EU’s interest to take part in European Parliament elections in May.

May intends to table the withdrawal agreement which has been negotiated with the EU for the third time in the Commons next week.

Brussels has said any extension to Article 50 past June will require the UK to elect MEPs to take their seats in the European Parliament in July.

May said in PMQs, “The idea that three years after voting to leave the EU, the people of this country should be asked to elect a new set of MEPs is, I believe, unacceptable.

“It would be a failure to deliver on the referendum decision this House said it would deliver.

“I have therefore this morning written to President Tusk… informing him that the UK seeks an extension to the Article 50 period until June 30.”

May is to travel to Brussels on Thursday for the European Council summit, to discuss options in delaying the EU withdrawal with EU leaders. All 27 member states must agree to May’s delay before it can happen.

A spokesman for the European Commission said Jean-Claude Juncker had a phone call with May over the “latest state of play.”

The spokesman added, “nearly all foreseen contingency measures are approved” should the UK enter into a “no-deal” scenario.

The prime minister has set out plans to prevent John Bercow the Speaker of the House of Commons, to block a third vote over her deal.

May’s new policy was described by her deputy as “downright reckless.”