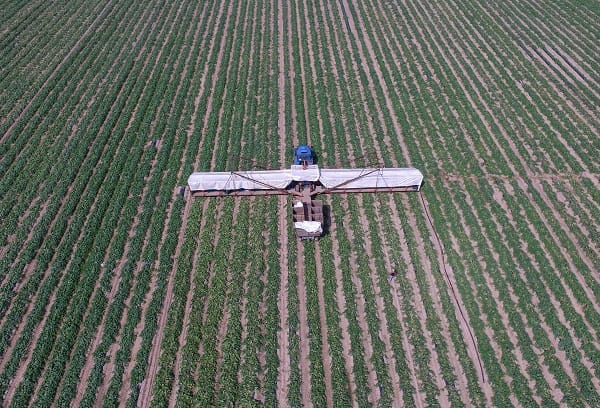 Tory MP George Eustice who is the former environment secretary has said there are “serious problems” with seasonal farm worker visas.

Eustice claims that the visa scheme was closed early this year and is calling for MPs to “provisionally allocate” seasonal worker visas for 2023.

He told MPs in the House of Commons that daffodil growers in his Camborne and Redruth, Cornwall are facing a gap of “between 30% and 40% of their staffing needs” and they need workers by the of January.

Eustice asked an urgent question in the Commons, he told MPs, “There have been some serious problems with administration, and in particular, scheme operators need to be issued with an allocation of certificates of sponsorship now so that they can recruit people and secure the visas necessary for workers to start in January.

“Now, last year the Home Office allowed certificates of sponsorship in 2021 to be used as the basis for workers arriving in January 2022.

“This year, for reasons that have not been properly explained, Home Office officials have taken a decision not to allow that.

“And indeed, I understand that they have closed the ability to issue certificates of sponsorship from the end of November, so that no one at the moment is able to issue them.”

He added, “This is of critical importance to the daffodil industry that is in my constituency.

“At the moment they are going to have a gap of between 30% to 40% of their staffing needs, and that will be catastrophic for the industry by the end of January.

“So, will he take immediate action to direct his officials to put a provisional allocation of certificates of sponsorship onto the Home Office’s sponsorship management system?”

Home Office Minister Robert Jenrick that is the visas have been frozen then he will unfreeze it today.

Jenrick said, “We do need to take steps to ensure that those businesses can make sensible recruitment decisions in good time and not leave these decisions, as has happened too often, to the 11th hour.”

He added, “I will work intensively with my officials to ensure that we get that decision out as quickly as possible. In the interim, there are two options available to the industry.

“One is to make sure of workers who are already in the UK under the seasonal agricultural workers scheme… and secondly, that new individuals could enter the UK under the scheme using the under capacity within the 2022 placement and stay into 2023.”

He continued, “I have been informed by my officials this morning that nothing has changed from the way the scheme worked last year.

“If that is incorrect, then I will change that today and ensure that the scheme is unfrozen so that these important employers… can make use of the remaining certificates before the end of the year.

“And if it is correct that the Home Office has frozen these certificates, then I apologise to businesses who have been inadvertently inconvenienced by this.”