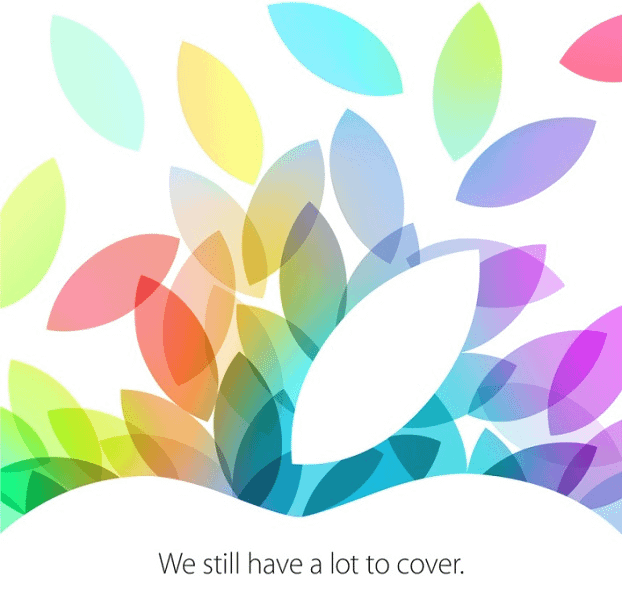 The iPad 5 is coming! Apple sends out invitations for 22 October event

Apple has confirmed 22 October as the launch date of its new products, widely reported to be a new line-up of iPads.

The tech goliath’s colourful invitation to the media read: “We still have a lot to cover.”

Apple is expected to launch a fifth generation of the iPad and new MacBook Pros with improved battery life.

Last month, online tech TV channel Unbox Therapy got its hands on a “space grey” and silver version of the iPad 5 which comes with a black front bezel. (Read: Apple iPad 5: Launch date, price and features)

Tech analysts estimate that the iPad 5 will be priced in the same bracket as the current iPad. The 16GB-128GB iPads with WiFi only are expected to cost between £399 and £639. iPads with WiFi + 4G for the same storage band could be bought for £499-£739.

The launch event will take place at the Yerba Buena Center for the Arts in San Francisco.