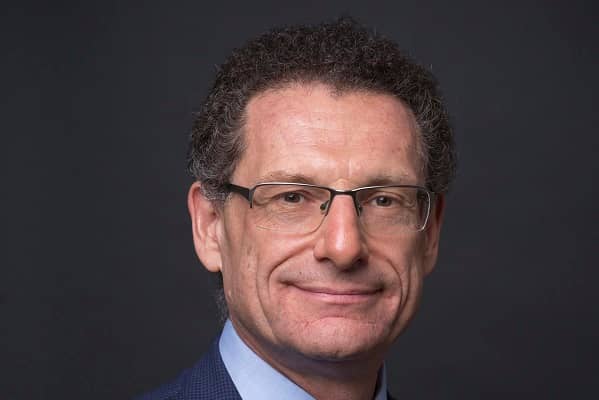 Technology pioneer and entrepreneur Andrew Bud has been recognised by the Queen in the New Year Honours with a CBE for services to export. Andrew is the CEO of London-based biometric and facial authentication company, iProov, and is the Chair of the Mobile Ecosystem Forum (MEF), the global trade association of the mobile content and applications industry.

Andrew founded iProov to solve the growing issue of establishing trust online, and how people can simply and securely access vital services in the digital age. He has led a team that has pioneered new technologies to authenticate people for ID verification and for access to online services, protecting people and organisations from fraud. The technology has been adopted around the globe, including by the Home Office in the UK, the Department of Homeland Security in the US, and by governments and banks across Europe and Asia.

Prior to this Andrew founded and led several successful technology-driven ventures with worldwide impact in a career spanning more than three decades. He played a leading role developing the world’s first digital wireless telephone for consumers, the Zonephone, in 1989, which is now on permanent display in the Science Museum in London.

In 1994 Andrew helped launch the first private mobile phone network in Italy during his time as Head of Mobile at Olivetti. He then founded and led mBlox in 1999, which became the world’s largest provider of commercial text messaging to enterprises, using mobile messaging to inform, alert and secure consumers.

Bud said, “I am very honoured to be made a CBE. This award recognises the ever-growing importance of technology and innovation in the UK. It has been a privilege to contribute to the mobile revolution and to new technologies having such a positive impact on people’s lives worldwide.

“We increasingly rely on the internet for a whole host of services that in turn rely on trust in people’s identities. Realising its full potential across the globe hinges on how we can better establish trust and improve security online, and British businesses are at the heart of this new revolution.

“I’ve been very fortunate to work with many talented individuals and forward-thinking organisations during my career. They have helped me greatly, along with my family, and I thank them all for their inspiration, their support, and their encouragement.”

Andrew is a Chartered Engineer and Fellow of the IET, with a Masters degree in Engineering from the University of Cambridge.