CLICK HERE TO WATCH THE FULL VIDEO
Home Business NewsEconomic Sophie Hobson: There’s much to celebrate in Clegg’s new plans for NEETs, but one glaring mistake 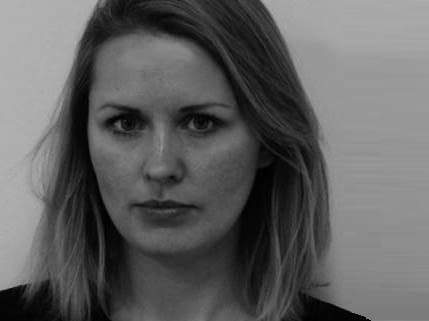 Sophie Hobson: There’s much to celebrate in Clegg’s new plans for NEETs, but one glaring mistake

Yes, we must end the “snobbery surrounding vocational education”, says our editor – but some of this is counter-productive

No one should underestimate the crisis of youth unemployment we face. There are one million young people not in education, employment or training (NEETs). This is not just a crisis today. It will reverberate for generations to come: shattering the confidence of a generation, leaving them bereft of a solid grounding in the world of work and sucking on the economy rather than contributing to it.

The coalition government is well aware of all this. And it is finally waking up to the fact that vocational routes should be given as much respect and support as academic pathways for school-leavers if we are to give more of them a brighter future.

After all, we are talking about a majority who do not choose academia after leaving school: six in 10 school-leavers do not go to university.

We’ve seen the government’s growing support for vocational routes in the buttressing of apprenticeships – and do look out for our National Apprenticeship Week 2014 focus on the site all next week, as we’re delighted to be a partner of it. There was also Osborne’s announcement in December’s Autumn Statement that National Insurance Contribution would be abolished for those aged under 21 – a brilliant incentive.

Today, Deputy Prime Minister Nick Clegg announced the most encouraging host of measures yet that the government supports vocational routes for school-leavers, as he told us he wants to “end the snobbery surrounding vocational education”.

For the school-leavers who do not go to uni, there will be a new website like the UCAS website to help them choose from training, apprenticeships, courses, traineeships and job options. He also wants careers advice in school to be bolstered; for jobcentres to be newly opened to 16 and 17-year-olds; and for schools to build closer links with employers.

I couldn’t be a bigger fan of all these measures. Much of the business community, I’m sure, will support them too, if the opinions of London’s greatest business leaders that we compiled for our flagship publication Securing Britain’s Talent are anything to go by.

This country is long overdue a rebalancing in attitudes towards vocational training. It is ludicrous to think that all young people have high aptitude for traditional academic subjects. A system that makes them feel lesser if they’re not academically-geared damages their confidence and prospects.

The previous years’ focus on academia has been inherently damaging to our economy too, which has become overwhelmingly service-based as a result of many young people becoming snobby about jobs in which you make and do things with your hands. That, of course, has left us economically vulnerable to times in which businesses and consumers cut back on services.

But there is one glaring mistake in Clegg’s plans: the trial scheme that will see 18-21-year-olds have to re-take maths and English GCSE, and lose benefits if they fail to achieve Level 2 and also refuse training.

>> Sophie Hobson: How the launch of a new UK MOOC could change the world

This flies in the face of all the other hugely commendable leaps the government is taking towards a more balanced workforce and economy – not to mention the uncomfortably punitive nature of this measure.

Why maths and English? Why not also weave in or offer subjects that might be more useful to a young person who has clearly already struggled with these subjects? Why not coding or business administration or manual skills?

But they are a great challenge for some people in their current form. If we are to make literacy and numeracy skills relevant, accessible and useful, they should be taught in the contex of or through the medium of subjects and skills that have direct practical application in today’s and tomorrow’s world. We need to think more radically about the subjects that will be useful to young people who are not academically-inclined in the traditional sense.

Particularly as more forward-thinking subjects are likely to be very useful to our economic future, which is going to be built more on CSS styling than Austen essays.

Sophie Hobson is the editor of LondonlovesBusiness.com. Follow her @sophiehobson and @londonlovesbiz