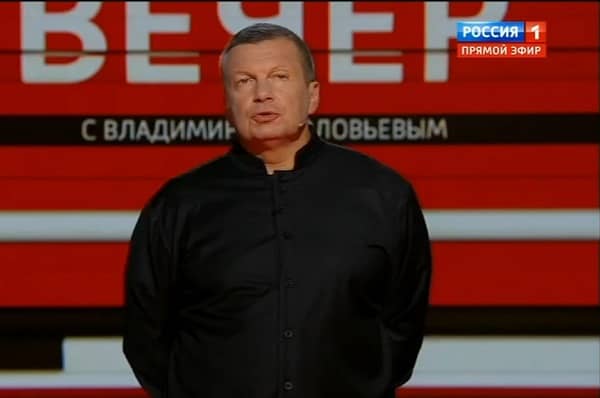 Vladimir Solovyov has called on the Kremlin to prepare for “full scale war in Europe” and suggested Moscow should mobilise a “larger” army.

He denied that Russia’s “objective” in Kherson has not failed and that Moscow should continue to bring Ukraine into the Russian Federation.

Speaking on Russian state-controlled television, the Kremlin’s pundit said, “It’s necessary for us to acknowledge that we need a different army.

“By ‘different’, I mean a larger one which is capable of covering the whole length of the front line and waging a full scale war on European territory.”

He added, “Nobody has got rid of our objective – demilitarisation and denazification and neutral status for Ukraine.”

He said that the Kremlin should solve the “severe problems” as a result of the war with an “iron fist.”

He called on the Kremlin to “reopen military academies” and to then mobilise thousands more recruits for a “larger” army.