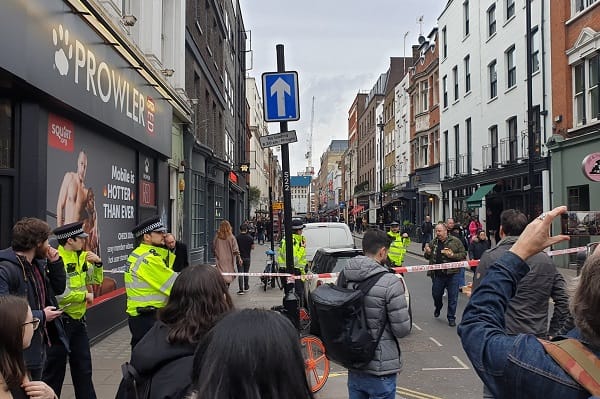 Soho in lockdown as second part of WWII bomb found

On Monday Soho was in lockdown as a WWII bomb was found, bomb disposal unit was sent to the scene to handle the unexploded bomb.

On Tuesday another part of the WWII bomb has been found near to the Soho Hotel on Dean Street, police have confirmed.

A spokesman for the Metropolitan Police said, “Another part of yesterday’s WW2 ordnance has been discovered.

“Further road closures are going to be implemented shortly.

“It is likely that the closures will be Dean St & the surrounding area however this will be updated as soon as we can.”

We apologise for the inconvenience & understand the disruption caused however these closures will likely be in place until the end of this incident. #Soho

Little Black Book the advertising company said on Twitter, “Yep, we’ve been evacuated again. So please be patient if you’ve submitted news or are trying to get hold of us.

“Apparently another part of the WW2 bomb has been discovered. Team LBB all fine.”

Police have evacuated Dean Street, Richmond Mews, Meard St and St Annes Court which will remain “until the end of the incident” police said.