Home Business NewsTech News Snap boss Evan Spiegel is a 26-year-old billionaire, here's what you need to know about him 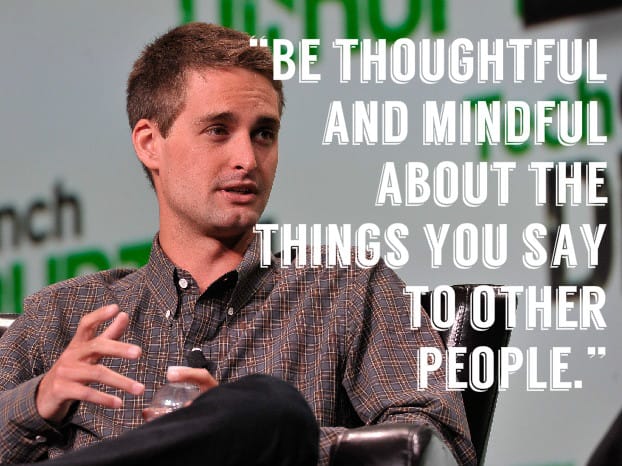 Snap boss Evan Spiegel is a 26-year-old billionaire, here's what you need to know about him

Here are key facts about him:

Evan Spiegel was born in Los Angeles, California in June 1990 to lawyer parents Melissa and John W. Spiegel and raised Episcopalian. He studied product design at Stanford University, where he met Bobby Murphy and Reggie Brown. As part of his degree, he proposed the idea of what would later become known as Snapchat as a class project – then called ‘Picaboo’.

Spiegel turned down a £2.4 billion ($3 billion) cash acquisition offer from Facebook in 2013.

Spiegel met Victoria’s Secret model Miranda Kerr at a Louis Vuitton dinner in New York in 2014.. The couple got engaged last year. During an interview with GQ magazine in 2014, Kerr revealed she is bisexual. She was previously married to Orlando Bloom.