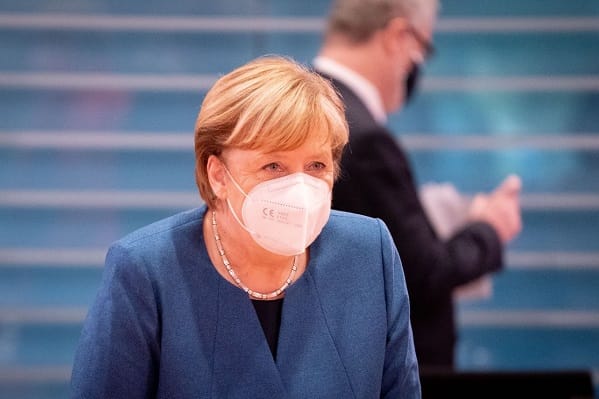 CapitalBox, the leading online pan-European SME funding platform, today launches a survey into SMEs sentiment towards world leaders and the support they have provided the small business community during the pandemic.

From financial aid to furlough schemes and tax relief, governments across the world have certainly provided a lifeline to the business community. From the survey, CapitalBox has discovered that 64% of SMEs from across seven European countries, ranked Angela Merkel, Germany’s Chancellor, as the most supportive leader internationally.

French leader Emmanuel Macron came in second at 55%, rising to 66% for those within France itself. Similarly, 66% of British SMEs regard their Chancellor of the Exchequer, Rishi Sunak, as one of the most supportive political figures – more than Prime Minister Boris Johnson (53%).

Other leaders from the survey were more likely to be regarded as non-supportive by SMEs. Half of the respondents (50%) report that Donald Trump is non-supportive of the business community, with the lowest vote of confidence coming from the UK (29%), and the highest from Finland at 53%.

Furlough schemes, launched in April which have been extended in many countries, have been the true saviour to struggling sectors and SMEs who have been impacted the most. An average of 38% of responded opted for the furlough scheme to cope with the disruptions to their businesses. The UK topped the rankings, benefitting from this scheme the most with 65% of SMEs furloughing staff.

However, there are some measures that decision-makers within the SME community felt were lacking from the respective governments. 39% of those that responded, would have welcomed extended timings on tax reliefs, especially in Spain (49%). Over a third of respondents (37%) also felt that their governments could have also provided financial aid to help small businesses invest in safety measures to open up quicker, and 30% wanted their governments to offer more business loan options.

Many European countries have also been put into second lockdowns of varying degrees. Of those who responded, over half (55%) felt that this second lockdown wasn’t announced with enough time for businesses to prepare – rising to 60% and 63% for France and Spain respectively. In fact, 57% of SMEs didn’t feel the lockdown was necessary at all, as majority claim agree that they are now prepared with the appropriate equipment to keep customers and employees safe (51%).

Scott Donnelly, CEO of CapitalBox said, “It is without a doubt that the pandemic has been a shock to businesses across the globe – from small to big, the impact has certainly been felt. It is critical that governments continue to provide the right support, especially to SMEs who have always been, and will continue to be, the backbone of many of our economies. They are valuable to us and they have to be shown that respect.

“At CapitalBox, we take great pride in the support we have provided over  15,000 SMEs in the last five years. While many small and medium businesses have struggled to get loan applications approved and, in the timeframe required, we can step in providing loans within 24 hours. They must have access to alternative finance, especially in hard times like these. As our survey states, 60% of SMEs have had their cashflow impacted negatively – unable to pay wages, to reinvest in their businesses to survive and haven’t been able to cover off outstanding debts.”

“From this survey, we want leaders from across the globe to see what they can do to help the SME community, learning from others and understanding what SMEs truly need in these darker times.”