Home Lifestyle News Silver Spenders: Daters over 50 add more than half a billion to UK PLC 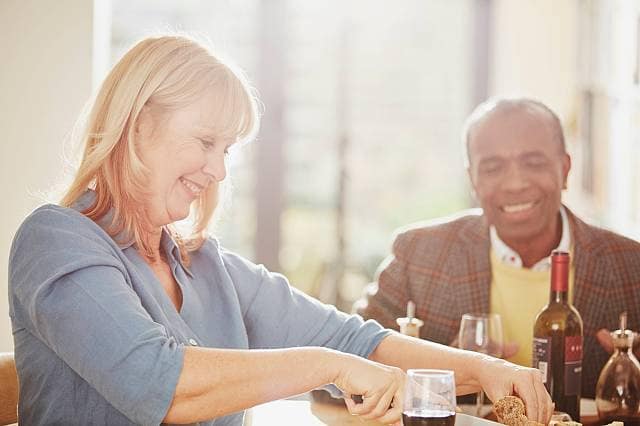 Silver Spenders: Daters over 50 add more than half a billion to UK PLC

Britain’s growing number of ‘silver singles’ are splashing the cash in their search for love later in life, according to new figures released today.

A study by Ourtime, the over-50s dating service from Match, has found that the UK’s growing number of older daters are adding £664 million to the UK economy. Fifty-plus daters spend £58 each per date – a total of more than £115 per couple – on restaurants, bars, clothes, contraceptives and other dating essentials.

More than one in 20 (5.5 per cent) 50-64 year-olds are now ‘actively dating’, meaning there are 589,000 British daters in this age bracket. One in four singles aged 50-64 say they are dating regularly, embarking on an average of 20 dates each per year – one every 2-3 weeks. Over 50s now account for one in eight of the UK’s entire population of daters.

Single baby boomers are also outspending many of their younger counterparts, with those aged 35-49 spending less per date than those in the older age group. Such is the increased spending power of those approaching retirement that over 50s spend more on entertainment, restaurants and bars than the average British dater (£39 per person per date, compared to an average of £31).  Around 10 per cent of their spend goes on new clothes with which to impress their partner, adding an extra £64 million in spending per year.

Kate Taylor, dating and relationship expert at Ourtime, comments: “We’ve known for a while that Baby Boomers are one of the wealthiest sections of the economy, but this is the first time we’ve seen how it affects their dating habits. I’m delighted that the over-50s are investing their money in having fun and meeting new people. It’s interesting how the over-50s prioritise entertainment on their dates, with their biggest spend going on restaurants, bars and clubs. One of the benefits of dating later in life is having a wealth of experience – and often, more free time – to share with your partner, so it’s lovely to see silver daters enjoying the finer things in life with each other.”