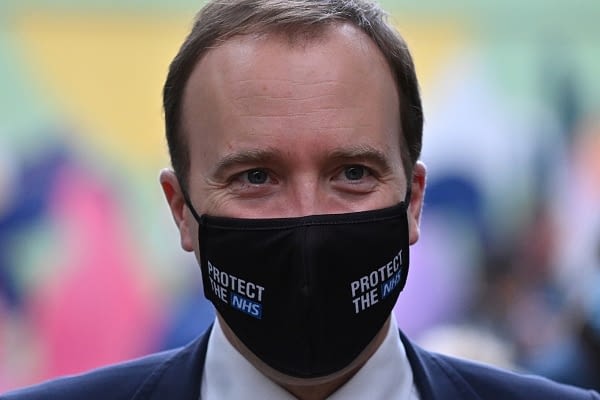 The Indian variant has now become the dominant virus in parts of the UK with more than 1,300 known reported cases.

Some experts are warning that the Indian variant could take the NHS beyond capacity to cope within weeks, and the Health Secretary warned today it can “spread faster” than the Kent strain.

Matt Hancock said on Monday that the Indian variant is “becoming the dominant coronavirus strain in some parts of the country.”

The Scientific Advisory Group for Emergencies (Sage) warned, if the Indian variant is 10 to 20% more transmissible, the UK will see a rise in patients being hospitalised.

The government’s advisory group gave a further grim warning that if the strain is between 30 and 50% more transmissible, this would take the NHS beyond their capacity to cope.

Sage warned there is a “realistic possibility” that the Indian variant could be “50% more transmissible,” which could lead to the NHS being overwhelemed within weeks.

A report from a meeting of the government’s scientific advisers warned that “an even faster increase can be expected if measures are relaxed.”

As part of Boris Johnson’s roadmap out of lockdown Brits are now enjoying new freedoms, but this will likely “lead to a substantial resurgence of hospitalisations [similar to, or larger than, previous peaks].”

The British Medical Association (BMA) said they have serious concerns over the easing of lockdown rules.

Dr Richard Jarvis warned, “It is a real worry that when further measures lift on 17 May, the majority of younger people, who are often highly socially mobile and could therefore be most at risk of a more infectious strain, are not yet vaccinated.”

Professor Adam Finn of Bristol University was asked in a Q&A for the Guardian, if rising hospitalisations would lead to an increase in numbers of deaths.

Professor Finn said, “That is a good question. In other words, do you get better outcomes when you get the disease when you’ve been vaccinated?

“We don’t know yet but that is something that we are working on in Bristol.”

He added, “We just don’t know yet just how much of a danger this is going to be, though it is clearly going to be something of a problem.

“It remains to be seen whether it is going to be bad enough to derail the easing of lockdown in a month or turn into a bump that we can get over.

“However, I don’t think we will have to wait for long. It will become quite clear in a few weeks.”

“We assessed those last week for the move we’re making as a country tomorrow and our assessment was all four are met.

“The fourth of all those four tests is if a new variant knocks us off course.

“We’ll, of course, be assessing that over the weeks to come and we’ll make a final decision for the step four, which is the biggest step on the roadmap.

“We’ll make that final decision on 14 June. We’ve always said we want this to be cautious, we really want it to be irreversible. New variants are one of the biggest risks to this opening.

“Because of the speed of transmission of this one, it can really spread like wildfire amongst the unvaccinated groups, hence we need to get as many people vaccinated as possible, particularly among those who are most vulnerable to ending up in hospital.”