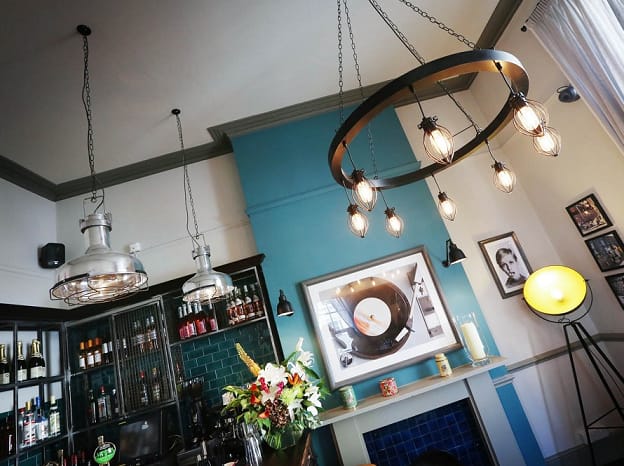 Every London neighbourhood that has made even a half-assed attempt at gentrification has a place that has consistently and tirelessly defied the trend — a greasy spoon or a corner shop that has dogmatically blanked wannabe restaurateurs and boutique owners sniffing around for a deal.

Some call these bastions of grunge “non-conformist local heroes”, some dismiss them as money-laundering operations, or house price stalling spoil sports. But one way or another, the vast majority of these places eventually succumb to the same fate: closure or a major revamp.

The Duke of Wellington on Portobello Road was one such establishment. As other local hangouts went gastro or organic, it resolutely kept its dingy chairs and sticky tables that clung to your glasses as fiercely as the old owners clung to the past. It was the kind of place you could find the Dirty Blonde hanging out the morning after the night before, avoiding the judging stares of weekend shoppers.

But a few months ago that all changed. The key Portobello hole closed its doors over the summer and underwent what can only be described as a facelift the likes of which would make Cher flinch, if she still had any functioning facial muscles left.

Out went the dark, dingy woods and basement hangout and in came bright Provence-style chichi furniture, a wide range of carefully selected wines and a pub menu that, at the very least, rivals that of better-established peers.

The downstairs drinking area is now welcoming and warm and offers large communal tables with a great range of ales. Best of all, drinking there – even while it is still light outside – now feels respectable, almost intellectual. There are newspapers and laptops. The gang of die-hard alcoholics has moved on to drabber pastures.

The real gem, though, is the upstairs dining area. Now backed by its own rich mahogany bar stocked with Veuve Cliquot and rows of Argentinian Malbecs, the space is scattered with intimate tables lit by scores of candles.

The menu is at the very top range of what you would expect to find in a respectable Notting Hill gastro-style eatery. There are venison burgers, duck salads, and scallops offerings. The chips are not just chips anymore – they’re beef dripping-coated fries daaahhhling.

The choice is impressive, although the Dirty Blonde and I know immediately what to get – the signature Dorset Lamb Wellington, with buttered vegetables, celeriac gratin and rosemary jus.

For starters we choose the Dressed Cornish Crab with pork scratching and salt beef hash topped with a fried duck egg. Both are well presented, the ingredients are fresh and the dishes are a welcome break from the norm.

But there are downsides – the pork scratching is a tad overpowering and kills the crab taste. I pick most of it off to get the balance more to my liking. The Dirty Blonde complains that her beef hash could be crunchier and – crucially – punchier tasting, but even she praises the combination and says that if she didn’t disdain cooking in principle, she might try recreating it at home.

To be fair, it’s almost a blessing that the starters are a solid average because what comes next is exemplary.

Beef Wellington is a traditional, hearty staple, and I, for one, never thought to swap the beef for a more richly flavoured choice of meat like lamb. But thank the gastro gods up on high that there are more creative minds than mine, for what is fashioned is truly breath-taking – and only half because you will be so full afterwards you will literally not be able to breathe.

The pastry is crispy, yet soft on the inside after absorbing the meat juices, while the meat is cooked to perfection – just the right amount of pink. It is rare to have a childhood favourite remodelled so utterly, yet so effortlessly. I will never look at Wellingtons the same way again. The accompanying celeriac gratin is bland and too crunchy, but there was no room for it in any case so I’ll forgive the chef this one time.

With the various accompaniments, the dish is frankly ginormous. After it arrives, the friendly, enabling waitress admits that despite saying it was for two people, it is usually shared by three or four.

Her omission means that I fail in my duty as a reviewer and cannot order all three courses. I’m sorry, but ordering desert at this point was just impossible. Had I gone there, I would have merely stared at it, and later at myself, with sheer disgust.

The best part of Duke of Wellington’s culinary experience, though, is the price. Starters are around £5 and mains range from £12 to £25, which is very fair, especially given the flair of some of the more exotic ingredients. The lamb Wellington is £40, but given that it feeds an entire primary school, that works out at less than you would think.

But it is early days yet for the Wellington. Places often start off great before letting their standards fall. I’m sure the Wellington of old was once a proud convert to modernity, before trailing off into the dated abyss.

All West Londoners should be watching its latest edition closely to make sure it doesn’t revert to its old ways.