Home Business NewsBusiness Revealed: The best places to live in the UK 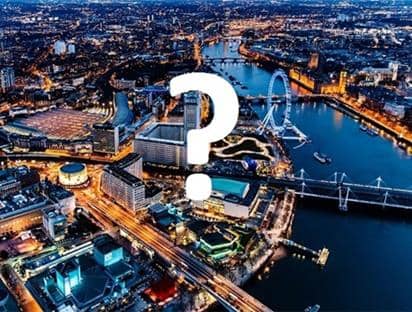 Revealed: The best places to live in the UK

Do you live in one of them?

The accolades come alongside the full reveal of The Sunday Times Best Places to Live guide, which is published today (Sunday, March 18). The supplement assesses a wide range of factors, from jobs, schools and broadband speed to culture, community spirit and local shops, in order to compile the definitive top locations to live.

The methodology uses robust statistics, but also the knowledge of The Sunday Times’s expert panel. The judges combine the hard data with their own on-the-ground experience and insight to ensure the chosen locations truly are places where everyone can thrive.

York’s combination of ancient beauty and a recent modernisation means it is ranked as the Best Place to Live in Britain for the first time. The period buildings, meandering river and iconic Minster have ensured the city a billing in every Best Places list to date, but it now comes out in top spot due to its emergence as a mini metropolis, with trendy cafes and destination restaurants, innovative tech and media firms, and a dynamic workforce. The city has a population of less than 200,000, yet has ambitions to become one of the best-connected hubs in Europe, with London less than two hours away by train. It is also the UK’s first Gigabit City, offering lightning-fast broadband speeds of up to 1Gbps (one gigabit, or 1,000 megabits, per second) to businesses and tens of thousands of homes.

Bermondsey’s ranking as the Best Place to Live in London highlights the rise of an area that epitomises the modern urban good life. Its residents are typically young, affluent and arty, and often reside in photogenic lofts in converted warehouses, while railway arches are fast being converted into galleries, bars and restaurants. The location, which also featured in last year’s list of The Sunday Times Best Places to Live, is convenient for the City, but also allows residents to escape for a relaxing stroll along the Thames or in Southwark Park.

Frome is listed again this year, but this time is named as Best Place to Live in the Southwest. The town has an artisan quarter that’s often frequented by its large population of hipsters. A new entry on this year’s list is Altrincham, which is named the Best Place to Live in the Northwest. Traditionally wealthy, it now has youthful energy, centred on the food hall in its regenerated market: a cool slice of suburbia with a new-found buzz. Those who crave city life can be in the bars of Deansgate, in central Manchester, within 25 minutes on the tram.

The Sunday Times’s unique understanding of the housing market and in-depth property coverage helps readers find a place to call home, whether they are hip young professionals, growing families or discerning downsizers.

“Choosing the right location to put down roots is one of the most important decisions you’ll ever make,” said Helen Davies, The Sunday Times Home editor. “Which is why we’re here to help – and what Best Places to Live in Britain is all about. We’re championing York this year in honour of its bold approach to bringing the historic city into the 21st century without losing any character or community spirit.”