Home Business NewsBusiness Revealed: Most expensive cities to live in 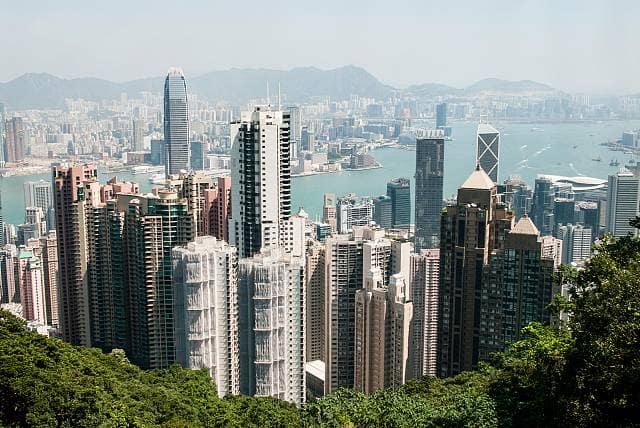 Revealed: Most expensive cities to live in

Mercer’s survey reveals that Hong Kong has passed Luanda to take the top spot as the world’s most expensive city for expatriates. Tokyo and Zurich are in second and third positions, respectively, with Singapore in fourth, up one place from last year. This means that four out of five of the world’s most expensive cities for expatriates are now in Asia.

“With technology advances and the importance of a globally connected workforce, deploying talent remains a key component of a multinational’s business strategy,” said Ilya Bonic, President of Mercer’s Career business. “While a mobile workforce allows organisations to achieve greater efficiency, utilise top talent, and be cost effective with international projects, volatile markets and slowing economic growth in many parts of the world require them to carefully assess expatriate remuneration packages.”

“Aligning workforce and mobility strategies by ensuring the right employees are in the right place is more critical than ever for multinationals as they focus on new global business models,” said Mr. Bonic. “And, properly compensating employees on international assignments is as important as it can be costly.”

Mercer’s widely recognised survey is one of the world’s most comprehensive, and is designed to help multinational companies and governments determine compensation strategies for their expatriate employees. New York City is used as the base city for all comparisons, and currency movements are measured against the US dollar. The survey includes over 375 cities throughout the world; this year’s ranking includes 209 cities across five continents and measures the comparative cost of more than 200 items in each location, including housing, transportation, food, clothing, household goods, and entertainment.

Europe, the Middle East, and Africa

Two European cities are among the top 10 list of most expensive cities. At number three in the global ranking, Zurich remains the most costly European city, followed by Bern (10). Geneva (11) is down four places from last year mainly due to a downward trend in the city’s housing market.

Overall, Western European cities have all risen in the rankings, a result of strong local currencies against the US dollar and the cost of goods and services. In particular, cities in Germany experienced some of this year’s biggest surges in the ranking, with Frankfurt (68) and Berlin (71) jumping forty-nine spots while Munich (57) climbed forty-one places. In the United Kingdom, Birmingham (128) went up nineteen places from last year, Belfast (152) jumped eighteen spots, and Aberdeen (134) climbed twelve places from its previous ranking. London jumped ten spots to rank 19.

Other cities that jumped in the ranking include Paris (34), up twenty-eight places from last year, Rome (46), up thirty-four spots, Madrid (64), up forty-seven, and Vienna (39) up thirty-nine spots. Meanwhile, a few cities in Eastern and Central Europe, including Moscow (17), St. Petersburg (49), and Kiev (173), dropped four, fourteen, and ten spots, respectively, because of local currencies losing value against the US dollar.

Tel Aviv (16) continues to be the most expensive city in the Middle East for expatriates, followed by Dubai (26), Abu Dhabi (40), and Riyadh (45). Cairo (188) remains the least expensive city in the region. “On the whole, most Middle Eastern cities have dropped in the ranking, due to decreases in rental accommodation costs throughout the region,” said Yvonne Traber, Global Mobility Product Solutions Leader at Mercer.

Despite dropping off the top spot on the global list, Luanda, Angola (6) remains the highest-ranking city in Africa. N’Djamena (8) follows, rising seven places. Moving up fourteen spots, Libreville (18) is the next African city on the list, followed by Brazzaville, Congo (19), which is up eleven places. Rising ten spots, Tashkent (209) in Uzbekistan ranks as the least expensive city in the region and globally.